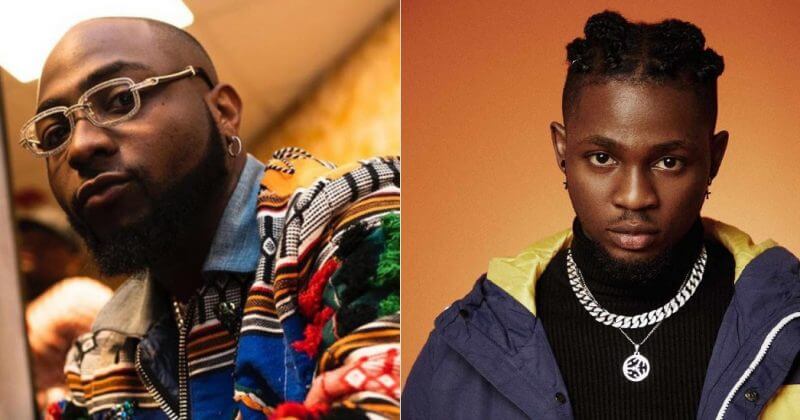 In the inaugural edition of the weekly Top 50 Turntable charts, we saw Wizkid’s “Ginger” featuring Burna Boy shoot up to the #1 spot in the country after the release of ‘Made in Lagos’. The following week, Davido’s “FEM” stole the show, re-entering the Top 50 charts the week leading up to the singer’s release of his third studio album ‘A Better Time’, which arrived earlier this month. Since then, Davido has maintained his stranglehold of the charts, bagging subsequent #1 songs for three consecutive weeks, with songs off the newly-released project. After “FEM” came a “Holy Ground” featuring Nicki Minaj number one, and this week the spot belongs to the Mayorkun-assisted “The Best”.

The song tallied 35.77 million radio airplay audience impressions this week, rising from its debut position at #5 to become the top charting song on Turntable’s Radio Airplay Chart. “The Best” also drew in 2.06 million equivalent streams to top the Streaming Chart as well this week. This is an impressive run for Davido who just last week entered international charts including the official Afrobeats UK chart and the Billboard Top 200 Albums. However, this week, the charts aren’t entirely dominated by songs off Davido’s ‘A Better Time’ – as they were last week – but sees artists like Omah Lay and Olamide amongst the Top 10 pack. 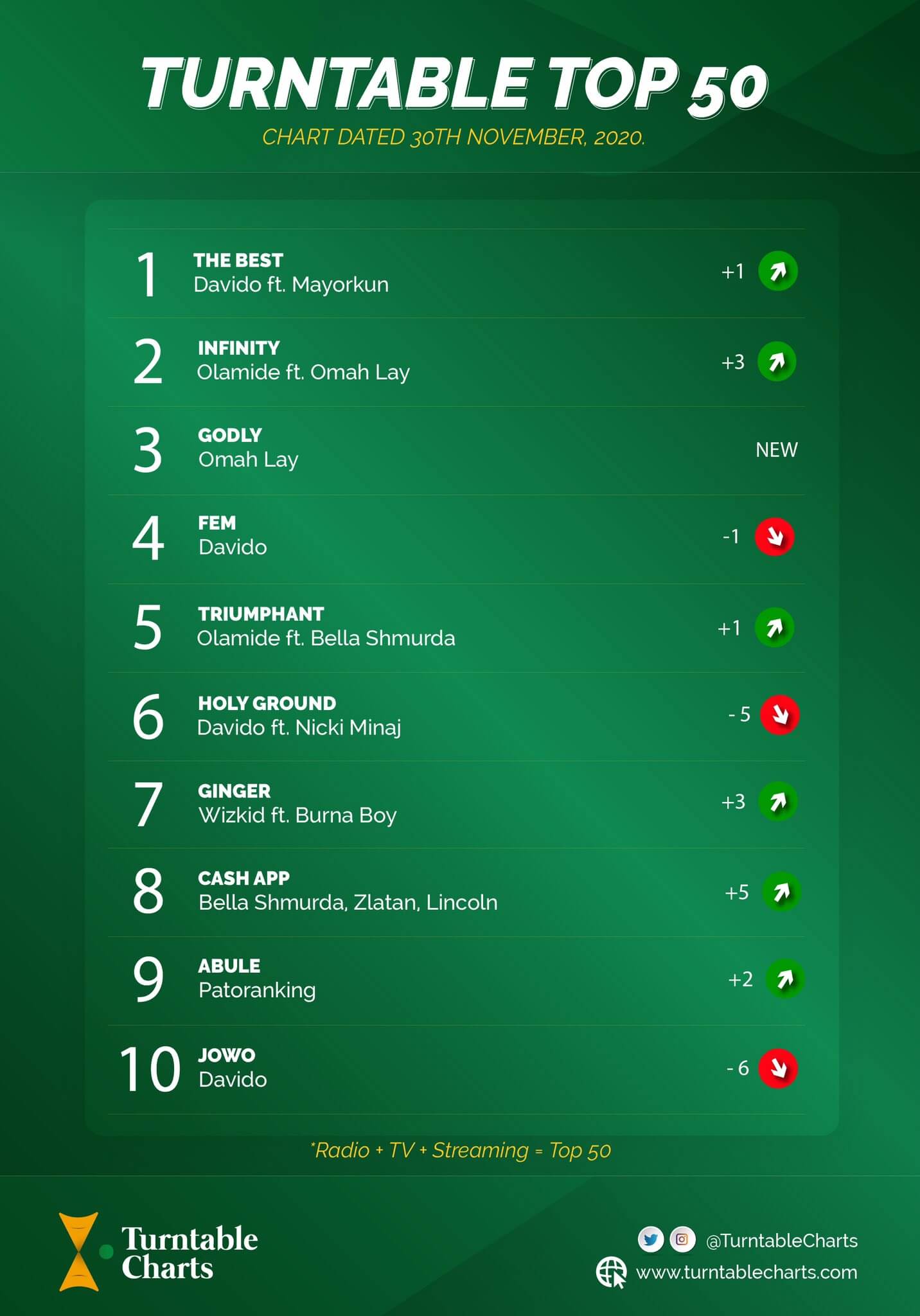 Olamide’s single “Infinity” featuring Omah Lay rises to the #2 spot jumping up three spaces from last week. Following the release of his sophomore EP ‘What Have We Done’, Omah Lay’s standout track “Godly” enters the charts at #3. The track also debuts at No. 3 on Turntable’s Top Streaming Chart, after drawing 1.91 million equivalent streams, and starts at No. 5 on the Top Airplay Chart after tallying 29.74 million radio airplay audience impressions. Omah Lay now joins veterens Davido, Wizkid, and Olamide with multiple entries in the top 3 in a week.

Omah Lay’s latest charting success comes after the young star recorded his biggest opening week yet on Youtube Nigeria, earning 493,000 views within the week of its release. Outside the top ten, Omah Lay debuts on the chart with three other tracks off ‘What Have We Done’. “My Bebe” debuts at No. 13, “Can’t Relate” debuts at No. 22 and “Confessions” at No. 23., while his “Damn (Remix)” featuring 6lack returns to its peak of No. 11.

Other songs in the top 10 include Davido’s “FEM” which moves down to #4  and Olamide’s “Triumphant” featuring Bella Schmurda which is #5 this week. Davido’s “Holy Ground” featuring Nicki Minaj drops to No. 6 after debuting top of the chart last week, while another former No. 1 song Wizkid’s “Ginger” featuring Burna Boy drops to #7 this week. Bella Shmurda’s “Cash App” with Zlatan & Lincoln jumps from 13 to 8 after peaking at No. 7 two weeks ago, and Patoranking’s “Abule” rises 2 positions to #9 while Davido’s “Jowo” backtracks to No. 10 from its No. 4 peak.

ICYMI: Davido’s ‘A Better Time’ leads the charge this week