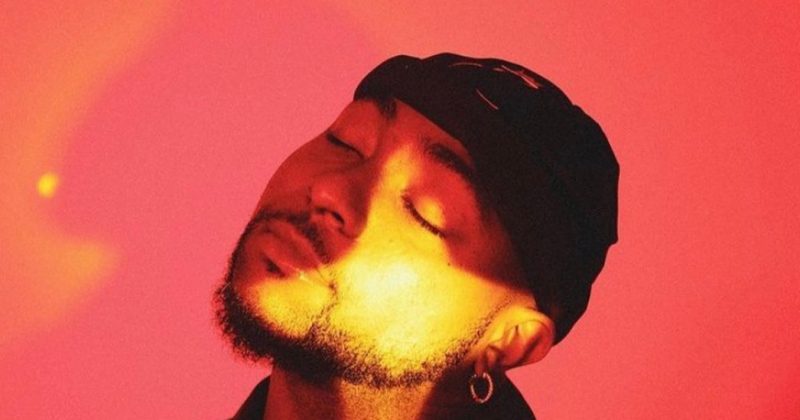 The TurnTable top 50 charts has just entered its third week, builds on its reputation to become the go-to place for reliable, data-driven information about the most impactful songs in the country. At the inaugural edition of the weekly TurnTable Top 50 charts, Wizkid stole the show with the release of his highly anticipated fourth studio album ‘Made in Lagos’, which appeared four times within the top 10 countdown alone. The Burna Boy-assisted “Ginger”, “Reckless”, “No Stress” and “Blessed” featuring Damian Marley dominated the top 10 selection setting a record on the novel chart that was yet to be best–until now.

This week, Davido dominates the TurnTable Top 50 chart as his third studio album breaks multiple first-week streams across several platforms. His recently released album ‘A Better Time’ is now dominating in the charts, leading with seven songs currently in the Top 10 alone including “The Best”, “FEM”, “So Crazy” and new entry “Jowo”, Davido tops Wizkid’s previously set record of four songs recorded only two weeks ago. The Nicki Minaj-assisted “Holy Ground” debuts at no.1 on Top Streaming Chart with 3.80 million equivalent streams, becoming Davido’s third leader on the streaming chart, having previously led the list with “FEM” for three weeks. Davido has also set a new record for most top ten debuts in a week (5), most top five entries (4), and most top twenty entries (11). He now equals the record for most top-five debuts (3 shared with Wizkid) and most top twenty debuts (9, also shared with Wizkid). 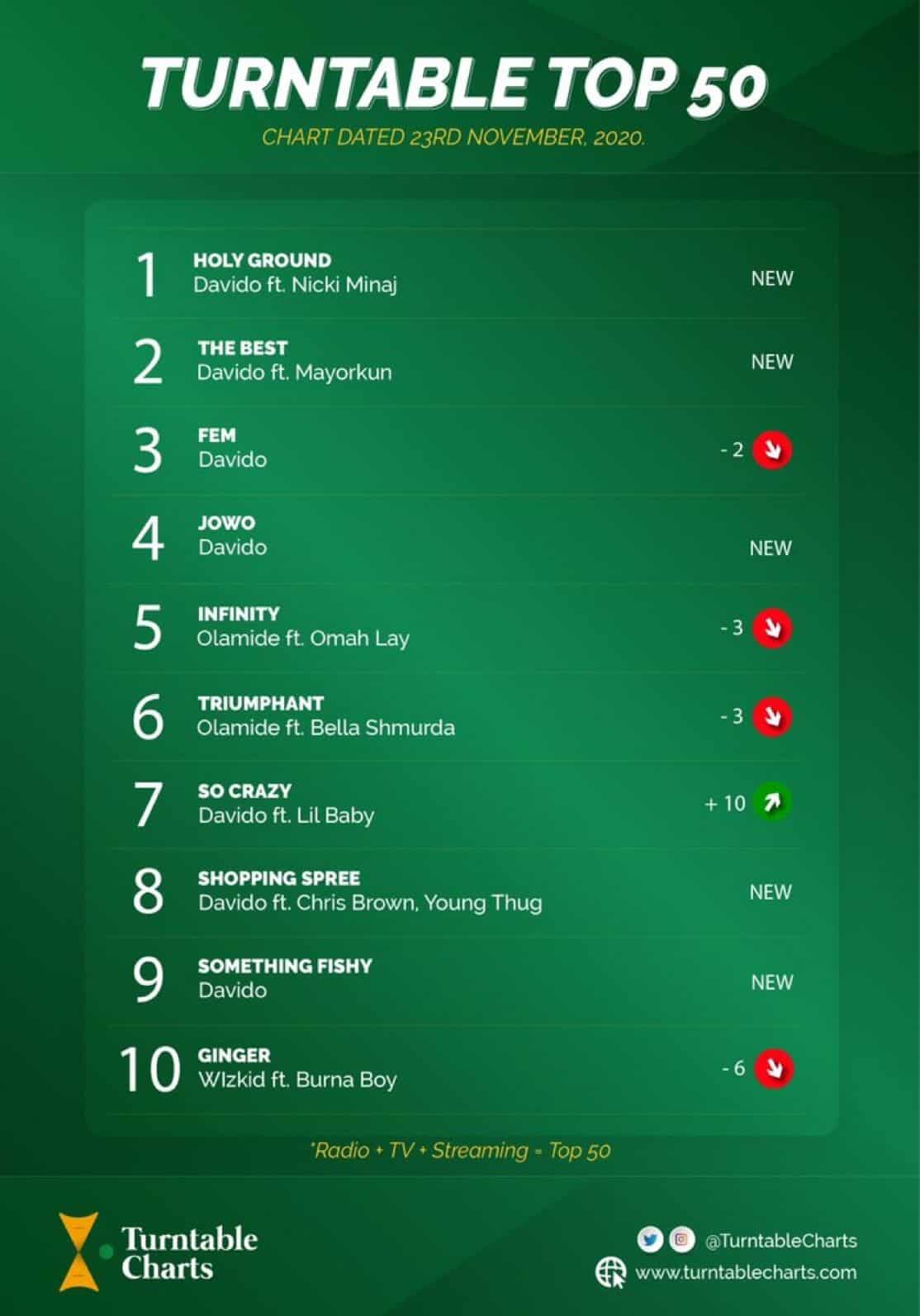 The news of Davido’s successful first-week streams comes just as the announcement of the artist’s debut entry on the Billboard Top 200 Albums is announced. ‘A Better Time’ debuts at no.170 on the chart, becoming Davido’s first charting album ever and joining forces with the likes of Burna Boy’s ‘Twice As Tall’ (no.54), Wizkid’s ‘Made in Lagos’ and ‘Sounds from the Other Side’ (respectively at nos. 80 and 107). This record achievement shows that Davido is exceeding both home and abroad, a marker of his global-facing agenda coming full circle. And although the top 10 is a clear Davido monopoly this week, Wizkid’s “Ginger” featuring Burna Boy, Olamide’s “Triumphant” featuring Bella Shmurda, and his Omah Lay-assusted “Infinity” are the three other singles to mark the upper echelons of the chart. Amongst these, “Infinity” is the only other song on the top 10 chart which ranks highest, dropping to No. 5 after peaking at No. 2 last week.

Over on Youtube, Davido is also making waves. The singer has now set a new record on Youtube NG with ‘A Better Time’ as he earns the biggest debut week every by an album recording 1.74 million views. “Holy Ground” featuring Nicki Minaj is also the No. 1 song on YouTube NG this week with 331,000 views. Three other Davido songs make an appearance in the top 5 including “So Crazy” featuring Lil Baby and “The Best” featuring Mayorkun occupying No. 3 and No. 5 respectively.

Patoranking’s “Abule” which previously sat at #5 is now at #11 on the chart, along with Tems’ “Damages” which is now at #15 after moving down from #8 the week before, earning the singer and producer, one of her highest-charting singles since “Try Me” last year. Cheque’s “Zoom”also dropped from #6 and currently sits within the Top 20 at #17

Next Article Songs of the Day: New music from Tim Lyre, Lil Kesh, Loti and more