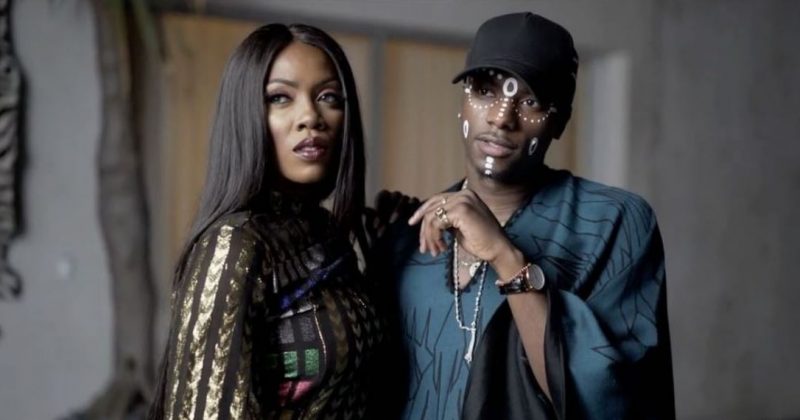 Tiwa Savage Is That Shy Girl At Every House Party On Young Paris’ Video, “Best Of Me”

Young Paris has continued to pay homage to his African heritage by pushing the culture through his music and visuals. Though, he grew up in New York and is signed to one of America’s biggest record labels in the world, his music is classified under the Afropop genre. This furthers the narrative that genres are no longer restricted by geographical location.

The original version of “Best Of Me” featuring Ben Bronfman was on Young Paris’ African Vogue album but his latest project, Afrobeats, got an upgrade via the presence of African features. Reekado Banks, Tiwa Savage and Blackah Ranks brought their individual brands of Afropop to the Young Paris’ Afrobeats.

The video for “Best of Me” remix featuring Tiwa Savage is directed by Cinemadona and it was premiered exclusively on Tidal. The shots are set in a festive house party displaying black models, tribal prints, African attires and Young Paris in mask of paint. The video’s imagery depicts Roc Nation’s appreciation of African culture. Tiwa Savage is satisfied and just swaying to the beat from her seat despite how live the party looks and how “Best Of Me” thrums urgently.

Watch the video for “Best Of Me Remix” exclusively on Tidal.

All the essentials from Young Paris’ ‘Afrobeat’