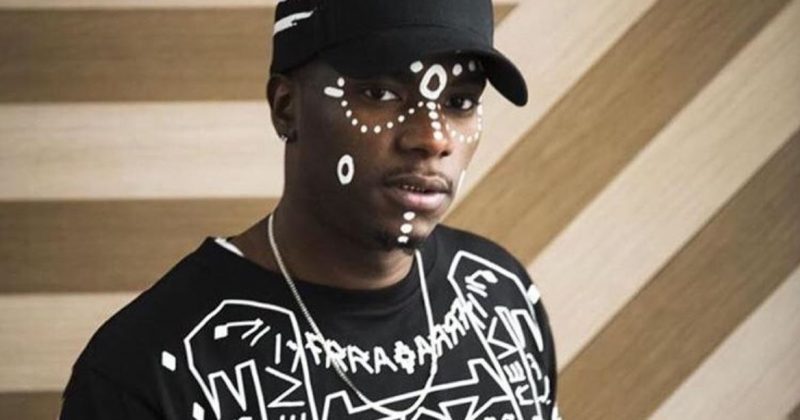 Roc Nation recording artist, Young Paris might be based in New York but he draws inspiration from his Congolese roots to form an unapologetic African aesthetic. His debut project, Rap | Electronic set the tone for his electronic infused hip-hop sound. His latest EP Afrobeats, is an 8 track EP with features from Naija Ninja signee Blackah Ranks and Mavin singers, Tiwa Savage and Reekado Banks.

What's your favorite Track on the #Afrobeats EP🤔!?

“Whine It Slowly” is the 2nd track on the album and Young Paris puts Naija Ninja top act, Blackah Ranks on the trap beat that plays like an electronic dance-hall song. Though the collaboration doesn’t scream Africa, it does a good job of representing what African contemporary music sounds like.

Tiwa Savage who joined the Roc Nation family last year with her management and publishing deal was also featured on Afrobeats. “Best Of Me” was originally released last year on Young Paris’ African Vogue: Deluxe Edition album. For the remix, Tiwa Savage replaces Ben Bronfman, giving the trap infused electronic house song an African make over. Reekado Banks gets his own appearance on Afrobeats with “One Time”, a track that already featured on Young Paris album from last year.

You can listen to Young Paris’ Afrobeats below.

afrobeats, Best Of Me, Blackah Ranks, One Time, Reekado Banks, Tiwa Savage, Whine it Slowly, Young Paris
like this post

Next Article Listen to “Juice”, the lead single off YCEE’s upcoming EP