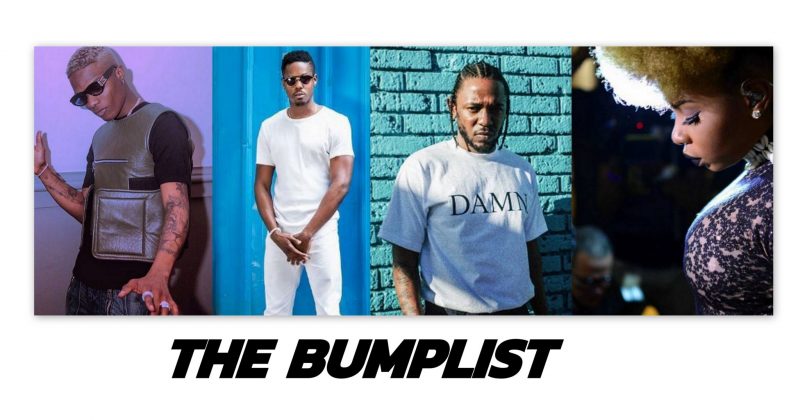 The Bumplist: Playboi Carti, Odunsi, Yemi Alade and 8 other songs you need to hear this week

Ghetto Youth (Freestyle) – Wizkid
It may seem odd to put a Wizkid track in the “Cloud” category, typically reserved for gems from young, exciting talent destined to make waves, but this song fits perfectly. A freestyle reminiscent of the early Wizkid records, he frees his current mainstream shackles to let off some steam.

Based – To Name A Few
From the band that gave us “Stay Over”, a haunting debut single that tests the limits of melody and human emotions comes this oriental stoner fix. “Based” is prepared with very little flair and just the right amount of groove to flip everything their first single made you feel.

Science (Demo) – Odunsi & Zamir
If you have followed Odunsi’s droopy, basement-level production from inception, you would have probably come across one or two songs like “Science” on his SoundCloud. This cut is a collaboration with rapper Zamir, fka Yung Killing of LOS. Definitely need the final version of this.

Lagos City Wave – Daramola
A silent prayer can be said for Daramola not to become repetitive in style and melody, but how possible is that even, with a voice fit to melt stone? On “Lagos City Wave”, Daramola’s ever present female woes is a running theme, but at the core of his latest single is a tribute to the city of his birth, even as he alludes to her as a woman, you’re immediately aware home is where his heart is.

Opoju – DJ Spinall x Wizkid
We’re slowly coming to an end of what has been a long roll out ahead of the release of Wizkid’s third studio album. “Opoju” is a collaboration with DJ Spinall and one of two freestyles the Starboy recently released on his SoundCloud page.

Charliee – Yemi Alade
Yemi Alade’s “Charliee” is many things. A hit, as always with Ms Alade. A Ghanaian hip-life sex song, as tends to be the wave right now. An uber-chill dance track, but perhaps most crucially it signals the end of her Mama Africa era.

Man Already – Poe
As the saying goes, the cloth does make the man, it really happens the other way around. And as if to prove the fact, Poe’s first single under Mavin is the exact kind of hard statement you would expect from an already well-versed rapper, newly signed to one of Nigeria’s most commercially successful labels.

In a week where everyone and their mum seems to be talking about an apparent best rapper alive, it is a great time to remind people of a time when there was an undisputed best rapper alive in 2007. Also, Da Drought 3 turned 10 last week. He should have left with Juvie.

Yxng Bane is one of the artists that has benefitted the most from the popularisation of the “Afro-Bashment” wave, and he delivers again on this standout from the Afro B mixtape.

DAMN. has been critically praised to the heavens, and the album closer justifies this. Story-telling brilliance from a phenomenal lyricist.

After his heartfelt “Open Letter” last week, DAP released the visuals to “Right Now” the first single from his upcoming Two Roads EP.

Song of The Summer. That is all.