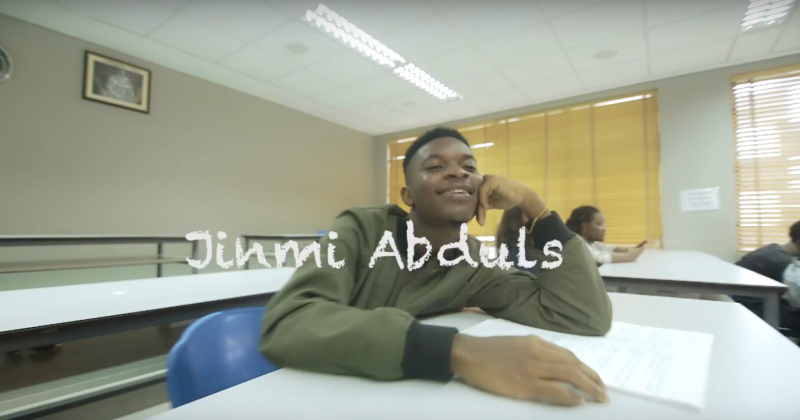 Whenever someone tweets ‘All men are scum’, Twitter goes on a holiday and revives an age-old argument. Girls attacking and boys defending, its one of the biggest hate-fests online and everyone’s welcome to the party. But Jinmi Abduls is being the bigger man and telling the girls that truly, all men are scum.

Released at the start of the weekend, Jinmi Abduls published the visual accompaniment to his song, “Scum” which features Mayorkun. The video was uploaded on his Vevo and was shot by TG Omori. “Scum” follows Jinmi Abduls’ pattern of documenting trending topics in song and crafting a story out of it each time. The song is also a track on his debut E.P., Jinmi of Lagos (JOLAG).

The video, which was shot in a school shows Jinmi Abduls and Mayorkun tell the story of two guys trying to get one girl’s attention. Trailing her everywhere as she tries to study and push them away, they try everything they can, from getting her on her own to drawing their affections in chalk. It’s the making of a potential love triangle but she’s not having it. Each move is continuously rebuffed until Jinmi Abduls knocks heads with another girl and falls in love with her immediately. All the while, he sings ‘all men are scum’ and proves the saying true at the end.

Jinmi Abdul talks to Native on his music influences and more