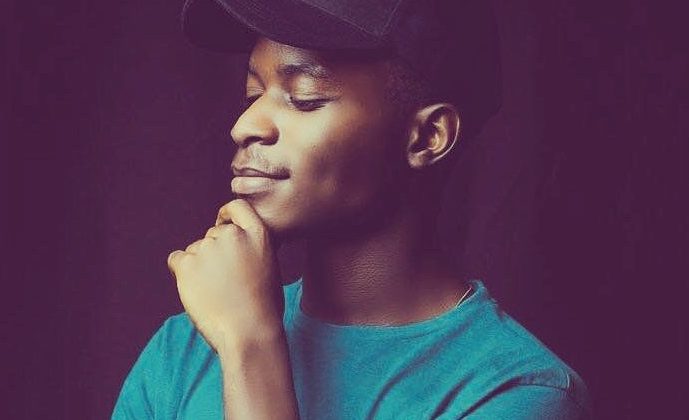 Jinmi of Lagos is all about the culture

One of the possible effects of the influence of westernization is the tendency to lose cultural heritage as generations come and go. This culture of ours starts losing value when we lack the tenacity to preserve it and adapt it just as it should be in accordance with the times. There is a growing number of strays who forget that it’s only in using the perks of westernization and new age technology as sheer stroke of luck that we can put an edge on the aesthetics already inherent in our culture. But you needn’t worry too much, people like Folarin Oluwafeyijinmi Abdulsalami are ready to take the daunting task of preserving cultural heritage by “staying true to traditional music”.

Born, bred in and from Lagos state, Jinmi is the offshoot of a religious and disciplined Mum & Dad, whom along with his endearing siblings all have some form of interest in music and can play at the least, one instrument each. They’ve all played a role in Jinmi’s creative life. He has a close bond with his sister and describes his brother, Samad, as the conscience of  his music –a music critic and media analyst who always gets first scoop on his new releases.

When I speak to Jinmi Abduls, he tells me he has dubbed his genre as ‘modernized highlife’. I ask him to elaborate, and he answers with the confidence of someone beyond his years, giving a comprehensive analysis that accentuates his passion and reveals his shrewdness from experiences over the past decade. He also has a vivid imagery of the future, with plans to major for some Human rights law after securing a degree in International law in the 1st quarter of next year.

The songs we are singing about right now, aren’t that much different from what happened in the past, we just have unique perspectives on them. My song “Long Distance” [the theme] may have happened in the 50’s but it couldn’t have been told in the context of things that are happening now. The topics I sing are modernized, they are things that are happening right now. On the Ep, you’ll also hear a bonus track on the trending topic that men are scum. The bonus track brushes on the way we are engaging and examining gender roles, even if we use humour as a tool on the track.

When you think Jinmi Abduls, think neo-highlife. But with enough versatility to experiment with other fields and genres, the one constant being his devotion to story telling as a medium for communicating his fears, hopes and desires.

I always say my style is storytelling and for my genre, I call my self a multi-genre artist. In a straightforward form, Highlife and Afrobeats is perfect but it is also restrictive. I’m not making music for the western world, just yet. It’ll eventually spread to the world. But right now I’m making music for my people, where I’m from; for the grassroots.

Hearing him tell stories behind all the songs on his EP is joy, but it’s even better when it’s underscored by the striations of highlife instrumentals, often honed by the blessings of digitization.

Think of the H.O.D-produced, Boj-featuring “Pose” remix, which seems to find a middle ground between traditional highlife instrumentation and sounds provided through electronic instrumentation and modern synths, all coalesced to still give that mid-tempo highlife feel.

Jinmi began as a young upstart in 2008 (to the public) from a rising talent audition on “Moments with Mo”, making a record in the studio, and finally debuting with “Pose” as a recording artist in 2015. To this end, the last quarter of 2017 will mark a decade since the begining of some significant upturns in his career. Although, he hasn’t had a proper mainstream hit, his existence can’t be reduced to a  ‘Just because’ because Jinmi doesn’t quantify his successes with conventional and often shallow criteria. He created ChaseMusicNG with singer Dami Oniru, for this very reason, to provide an alternative support system for emerging artists that focuses on community instead of competition. The strong support and recognition he shows his team, is evident in his continuous use of the inclusive “We” when he speaks, even going on to mention almost all members of the team.

If I eat, we all eat. It’s a circle of support. These are the things I’ll never forget. We are all making our effort collectively even as students, friends and family, with  our own personal goals. My success is our success and this circle of support has been the most frequent thing

Jinmi is towering with a certain control of calm in the face of criticism, but –even he has drawn the line somewhere. For him, the line is having the basic dignity every human-person is entitled to, trampled on for cheap publicity. Recently he was drawn into an altercation across social media platforms when rapper Fresh L took unprovoked digs at him and his music. Jinmi ignored a sneering Snapchat post, and a slew of now deleted subliminal messages on Twitter, before finally responding impulsively. His response went viral and the rapper deleted his provoking tweets, creating the impression that Jinmi was in fact the aggressor. He considers these kind of ‘feuds’ if you’d deign to call them that, distracting. He’s never seen the point of them, but will defend himself if he has to. Jinmi sees himself as a David in an industry full of Goliaths and straw men.

He alludes to historical and fictional characters this way, a tic that probably resulted from his keen passion & the pleasure he derives from historical fiction and non-fiction –a hobby that sure whets his story telling abilities too.

Great leaders understand that the real keys to battle are sometimes obscured by our misconceptions. Perceiving them correctly can amount to a Goliath-sized advantage. So, in the words of Bill Murphy Jr., “the next time you hear about a David versus Goliath story, don’t think of an underdog. Think of a confident competitor who is more than happy to be underestimated.”

To show how committed Jinmi is to his music, he challenged himself to record one song every day in 2016, by December he’d made 374 songs –make that 474, when you add the hundred he’s already recorded within the 1st quarter of 2017. Now he is challenging himself again; thinning out the herd to find the best six for an EP slated for June.

The EP, is just like a compilation of more stories. The issues in the stories are things I see around me so often, things I see as Lagos culture. Because in the end of it all, Jinmi of Lagos actually represents Lagos Culture, Lagos way of Life, Lagos behaviour, Lagos Character. The EP symbolizes ‘the life and Times of Jinmi in Lagos’. It’s actually amazing experiences, world stories, stories about God, things that are happening in the society…will all be in the EP

His EP arrives in What feels like the second decade of a long career. Jinmi came out as a young talent of 11 in 2008, ached through a phase of actually having to encounter God himself beyond being a ‘preacher’s kid’, proving to people his capabilities and gaining a fan base that he’s, in turn, endearing to. This time he has a vivid image of the future and an unwavering desire to stick at the top of the music pyramid.

While he’s still deliberating on titling his upcoming EP: (JOLAG) Jinmi of Lagos or Lights of Lagos, it’s already firmly slotted for a June 16th release date and will elaborate better what exactly he brings to the table, winning the hearts of more audiences.

The debut from the young South Western Nigerian singer is set to be a unique coming-of-age story that shapes the best of highlife, bridging Afrobeat and some synths that fold into a compelling and specific sound.