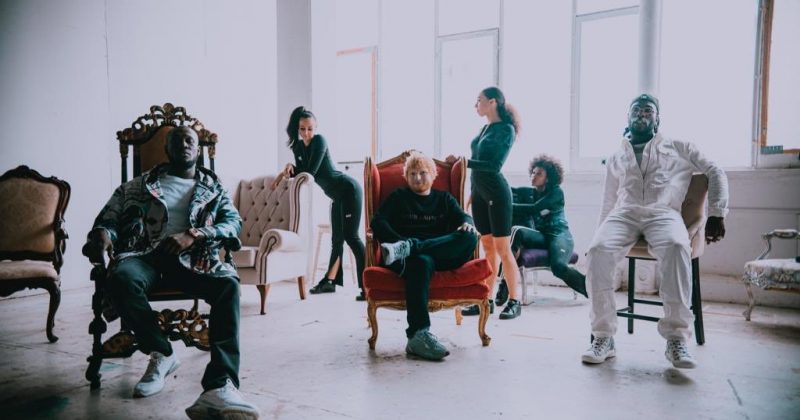 Earlier this week, UK rap superstar Stormzy announced the impending arrival of his sophomore album, ‘Heavy Is the Head’. He also shared the project’s tracklist, revealing its array of guest features that includes Headie One, Tiana Major 9 and more. To build hype for the upcoming release, Stormzy has released “Own It”, the highly anticipated collaboration with Ed Sheeran and Burna Boy, alongside an accompanying music video for the club-ready track.

Over screeching piano synths and pulsating 808 bass, all three artists deliver a breezy set admiring the physical attributes of their love interests, while also expressing their lust-driven desires. Stormzy performs most of the song’s first verse, Ed sings the second verse, while Burna plays a much laid back but equally prominent role, contributing a brief section of the first verse as well as backing vocals for the hook and ad-libs for Ed’s verse.

Capturing the song’s lightweight inclinations, the music video for “Own It” is built around the raunchiness of dancefloor romance. While the video showcases various colourful scenes of all three artists performing their lyrics in solo and each other’s company, the video climaxes with a party scene, where Stormzy and Ed dance with models in sensual poses at a neon-lit club filled with smoke.

Watch “Own It” here.

0200
Previous Article Wavy the Creator teams up with Flohio, for new single, “3”

Next Article Niniola to headline EatDrinkFestival this year