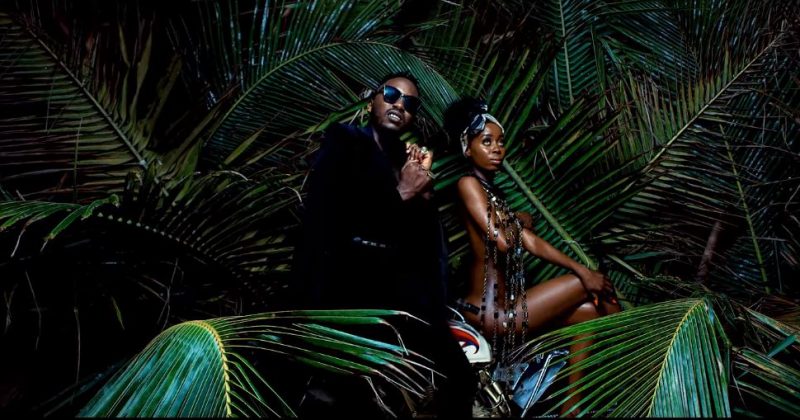 As progressive or as inclusive we like to think this generation, we can’t deny that issues like colourism are yet to be fully addressed and eradicated. Luckily, Sauti Sol has joined the select few artists representing such ideas in their art. “Melanin” which features Patoranking is the first single from the group following the release of their third and last studio album “Live and die in Africa” in 2014.

Produced by Sauti Sol and directed by Clarence Peters, the new video opens with a lush looking beach, with brown and dark skinned women showing off their shiny skin and bodies adorned in lovely Ankara-made bikinis.  Sauti Sol praises their sexiness “She’s a heart breaker, she bend over, back breaker, steaming hot with a vapour” and vows to never let her go. Soon the scenario changes and they’re in a house club, or is that a warehouse turned discotheque.

“Melanin” is simply a song glorifying the sexiness of dark skins. Sauti sol confirmed this video to be the first of many saying, “This is the first video off our forthcoming LP #AfrikanSauce – A continuation of the Live and Die in Afrika. We will be dropping a collaboration from around the continent every month for the next year”

As for what to expect from this group’s forthcoming LP, we can’t be sure but we sure know that with “Melanin” this new era has kicked off with a something meaningful.


“Ifunaya is too queer to live, too rare to die” Tweet at her @Iphynaya