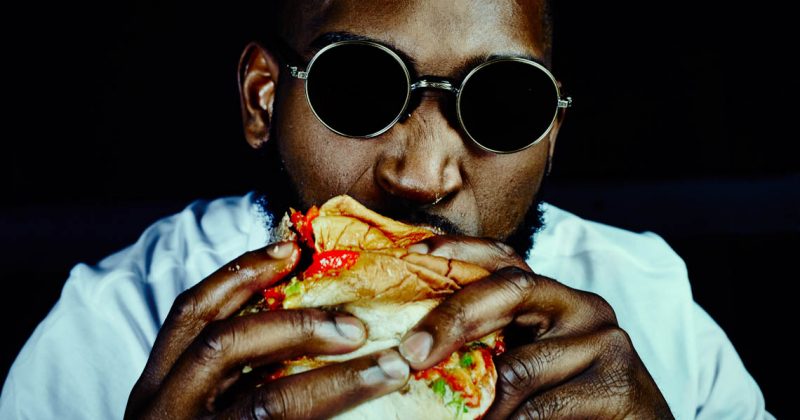 The Birmingham-bred MC follows up his Dubai-based visual for “Ain’t The Same” (think quad bikes and sand dunes), with a darker insight in to how his life has changed since  fame. In the MayowaHD directed “Madness”, we see Mist cut from cemetery visits to his mother to helicopter rides to Birmingham, and a string of sold out shows in-between.

“Too Young” – DAP The Contract

NATIVELAND alum DAP marks his first release of the year with a piercing visual (Felege Gebru) for his single, “Too Young”. Dedicated to young people all over the world taken before their time, the video alternates between dark images of news clippings to more hopeful displays of youthful exuberance and defiance.

One of my favourite things in the world is an underground song blowing up unexpectedly and a new video immediately being commissioned. These are usually high budget affairs, to reflect the artist’s newfound fame and fortune. However, this was certainly not the case in SahBabii’s breakout hit. Rather than blow the budget on the latest Turrell-inspired Hollywood director, he partnered up with HoodRich Films for a WorldStar Hip Hop Exclusive, comfortably showcasing the biggest array of authentic firearms in music video history. A fitting visual for the hottest song on the Atlanta streets.

Olamide is a bonafide singles star, and you would be remiss to suggest otherwise. As much as people reference the dominance of The Big 3 (Davido Wizkid, Burna Boy) in the last few years, the YBNL figurehead has been up there with them. As well as his knack for churning out hits, he seems to have a legitimately solid ear for new artists, as seen by his latest signee Davolee, who appears via FaceTime on this Moe Musa directed visual.

The King of The Fall rounds up Drake, A$AP Rocky, French Montana and the gang for a bit of a party, soundtracked by album standout “Reminder”. Standard Friday night out, really.

Tinie Tempah has been one of the biggest pop stars in the UK for nearly a decade, ruling nearly every summer since his arrival with a ridiculously infectious single that we can’t get out of our heads. However, in the past year, he seems to be getting back to basics. The latest teaser from his Youth album sees the rapper remind people of what he actually is – a fucking good rapper. The VeryRare produced visuals sees Tinie at his technical best.

The Bumplist: Patoranking, The Weeknd, and 7 other essentials for you

Next Article Davido resurrects Lagbaja for sexy new single, “If”