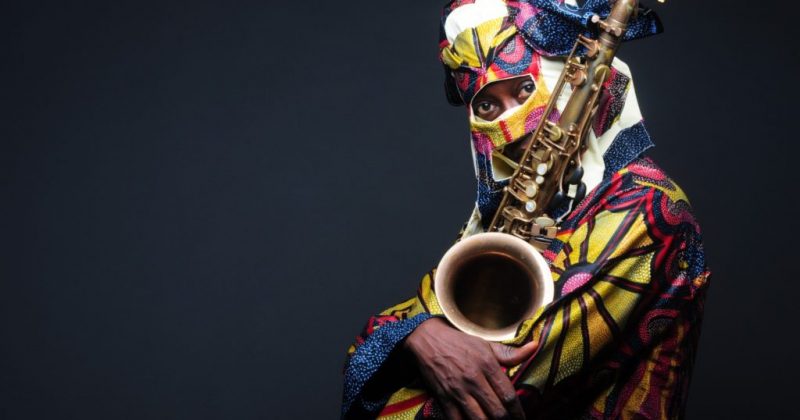 The Shuffle: Before there was trap music made for twerking, Lagbaja had “Konko Below”

Odd balls are common for any music scene in world and Nigeria has a fair share of its own. From Fela’s harem of many wives to Charlie Boy’s goth-punk androgyny, Nigerian entertainers have managed over the years to both be eccentric and mysterious in their ways. One artist who took his penchant for mystery even further is Lagbaja, Nigerian’s own masked non-superhero who did not only cover his face with a physical mask but also experimented with a wide range of unusual ideas and sound shifts.

In 2001, Lagbaja topped the charts with “Konko Below” off his We before Me album. Musically, “Konko Below” is a wonder-work of acoustics, African drums and layered vocals from Ego Ogbaro, all perfectly primed for Lagbaja’s peculiar Afro-Jazz. Between that epic drum breakdown—everyone born in the 90s would probably mime beat-for-beat—and Ego’s sultry interlude, there is really no need to emphasise how good a song “Konko Below” is. The everlasting relevance for Lagbabja’s timeless classic however, is the accompanying dance move of the same name, involving the gyration of the hips and lower back while in a low squatting stance. More or less, a sexually tame variation of twerking.

Of course, this not to say Lagbaja started the twerk movement that eventually became an internet-wide trend in the age of Instagram. Research into similar dance moves however, reveals twerking has West African origins. Pre-colonial Ivorian women have always danced the ‘mapouka’ and in Senegal it was called the ‘leumbeul’. In fact, similar dance moves where the buttocks is isolated from whining hips all bear African and Afro-Latino origins. The first evidence of twerking in popular music was noted in 1993 by American rapper, DJ Jubilee. Twerking has risen in popularity since then, from strip poles to social media.

Its safe to say therefore that twerking is another part of our African culture that has been appropriated by the rest of the world. And despite the sexual undertones of “Konko Below” , Lagbaja was really just celebrating how our foremothers liked to get down.

Agreed, Lagbaja may not have originally blessed us with the twerk, but he honoured our African ancestors by Nigerian-izing it as “Konko Below” and we are grateful for this

Juls’ “Early” feat. Maleek Berry and Nonso Amadi is named Best new music for this week and here’s why

Next Article David Oyelowo to star in another true-life drama after Selma, “Arc of Justice”