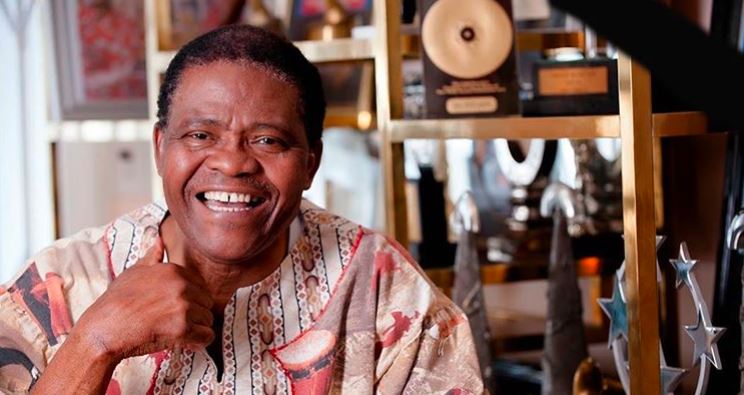 It has been a sad day for South Africans following the death of Joseph Shabalala, the leader of the 5-time Grammy-winning Ladysmith Black Mambazo band. His death at the hospital in Pretoria, South Africa, was announced this morning after battling with sickness for a long time. The South African government paid tribute to the musician in a tweet saying “We would like to extend our condolences on the passing of Joseph Shabalala who was the founder of the group Ladysmith Black Mambazo”.

Joseph Shabalala lived an impactful life from being born the eldest of 8 children that lived on a farm in Tugela, an area close to the town of Ladysmith in South Africa. He formed the Ladysmith Black Mambazo band and led the acapella choir to compose songs that fused indigenous Zulu songs and dances with South African isicathamiya, an a capella tradition that was frequently accompanied by a soft, shuffling style of dance. The band signed a recording contract in 1970 after an accomplished radio performance and in 1973, they released Africa’s first gold-selling album, ‘Amabutho’.

In 1987, they released ‘Shaka Zulu’, their first worldwide album produced by Paul Simon and it went on to win the Grammy award for Best Traditional Folk Album. Joseph Shabalala and the Ladysmith Black Mambazo band also contributed backing vocals on Paul Simon’s multi-million-selling ‘Graceland’ album and they were able to perform hit songs like “Hello My Baby” during Paul Simon’s “Graceland : The African Tour” concerts.

The “Hello My Baby” performance from the tour shows frontman, Joseph Shabalala in his elements as he leads the passionate acapella performance of lush, warm, glorious harmonies. Their stylistic mixture of Christian harmonies and Zulu chants created a spiritually-charged atmosphere that still gives us goosebumps when we watch the old video recording.

Joseph Shabalala died at 78 but the impact of his music means his legacy will live forever. Watch his “Hello My Baby” performance at the “Graceland : The African Tour” below.