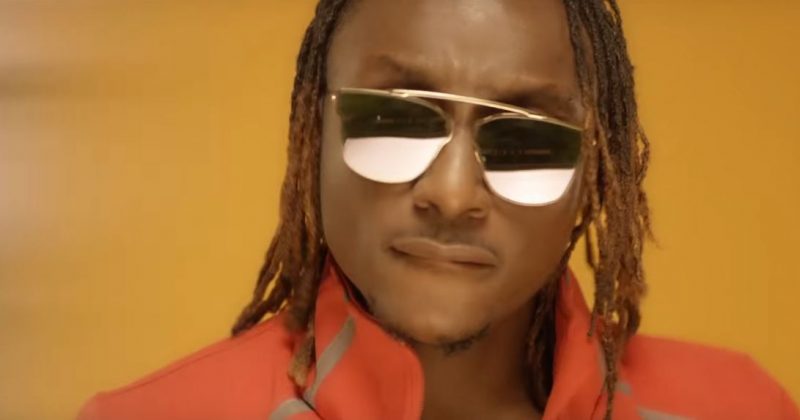 The Shuffle: How on God’s earth did Terry G get away with “Free Madness”?

The first thing you hear on Terry G’s “Free Madness” is not quite clear. It’s hard to tell if its a piano or a horn or a trumpet, but it plays loudly like white noise in the backtrack for 6 full seconds, even as drums and epic organ pianos set into the arrangement. This intro in which Terry G also announces ‘Testing Microphone Eh/ Terry G testing microphone’, soon devolves into a riotus drum roll with electric pianos bouncing along an energetic melody stream. It’s all too noisy to stand at first but Terry G’s complex instrumentation is only a side-step to his ebullient charisma, and this is where “Free Madness” hooks you.

No one exactly knows how Terry G’s “Free Madness” made it out of the studio. But as Terry G would later reveal at the peak of his success, “Free Madness” was a single-take freestyle he recorded after getting fairly intoxicated and stoned. “Free Madness” supposedly leaked into Alaba DJ mix CDs and eventually the internet a few weeks after the recording, becoming an instant hit and perhaps one of the biggest songs of 2008 in the process.

As “Free Madness” implies by title, there is neither story nor narrative. Yet he manages to cover every inch of the beat with vocals, even if he had to give up on human vocabulary resorting to gibberish at random intervals. The act is not slight when you remember the only artist who comes close to this level of confidence while neatly operating within the confines of mediocrity is probably D’banj. Terry G brought “Free Madness” along with a strong personality that has become an important part of his brand ever since. Like D’banj used the word ‘Koko’ sparingly as a larger part of his shtick, Terry G He popularised the word ‘Gingah’, a similarly vague often referenced word with many loose meanings.

Terry G’s “Free Madness” is completely devoid of any purpose or meaning, yet it’s been nine years since its release and it’s still unclear how this became his break out single. Perhaps in a near future, someone somewhere will write a term paper on how Terry G trolled Nigerian hypocrisy for content in music with a song with no actual content. Until then, I think it’s safe to assume the rumours about the strange but wonderful things drugs can do for you are true.

Next Article Essentials: Nonso Amadi And Odunsi’s ‘War’ Is The EP They Need At This Point In Their Career