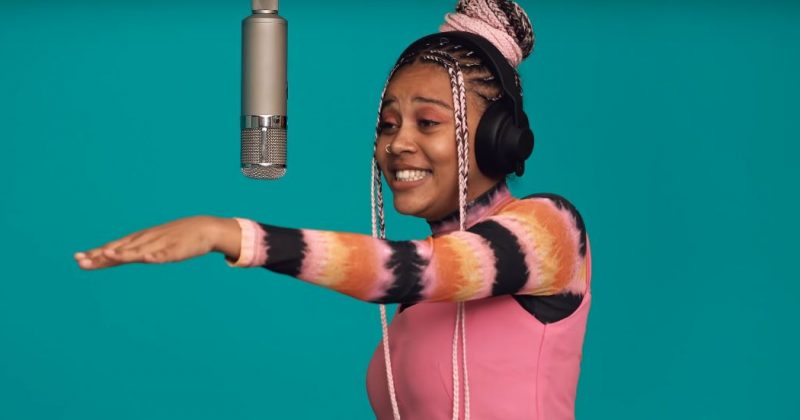 It has been over a year since the spotlight shun brightly on Toronto-based Nigerian singer, ODIE, after he shared his ‘Analogue’ album debut. The singer is, however, reviving the reflective mood of the tape with the newly released music video for “North Face”, one the more somber tracks. Yumna Al-Arashi directs a wanderlust themed music video, mirroring the laid-back and dreamy direction of the song as ODIE seems to dream about being on a date with his love interest while on public transit.

R&B doesn’t command the same mainstream appeal it once did, but Normani put the sultry genre back at the top of popular conversation with her latest release, the music video for “Motivation”. The retro direction of the Dave Meyers and Daniel Russell directed video captured the zeitgeist for its nostalgic bent, paying homage to Beyoncé’s “Crazy in Love” and Jennifer Lopez’s “I’m Real” and also for the mind-blowing coordination of her choreographed dance sequence with a basketball.

“On Chill” is being packaged as the lead single for Wale’s upcoming sixth studio album, due on Warner Records later this year. The music video Daniel CZ directs stays true to the romantic direction of the song, capturing the tense and intimate moods that exist between couples. Set in the Hollywood Hills, the video shows the D.C rapper’s more flashy side with the pool party set and beautiful muses in the video.

Tsonga rapper, Sho Madjozi is certainly playing her role in pushing our indigenous sounds around the globe since she won the BET Award for Best International Act. She just recently featured on “Colors” and debuted her “John Cena” single on the international music platform with a studio-recorded performance. Her energetic performance, dancing as she spits the hard-hitting rap bars in her charming mix of English and her native language has gotten the attention of new listeners, including the John Cena, who clearly inspired the song. John Cena shared the video on his Instagram and even got WWE to post a tweet about the song.

Artists who channel their personal experiences into their art are usually more convincing than those who don’t. You can say what you want about Naira Marley’s political views and opinions on cybercrime, but the fact remains that he has served his time in prison and the songs inspired by the experience connected with fans. Naira Marley released “Soapy” as a testament of his commanding street appeal, singing about his return to acclaim after being thrown in jail and getting written off by critics. The music video TG Omori directs captures the conversations that surrounded Naira Marley’s arrest through the cast of friends who were also arrested along with the singer, featuring the quirky jerking off ‘Soapy’ dance move, and setting the video in a makeshift prison set with orange uniforms as the costume.

ICYMI: Here’s why you should be worried about Naira Marley caping for yahoo-yahoo crimes