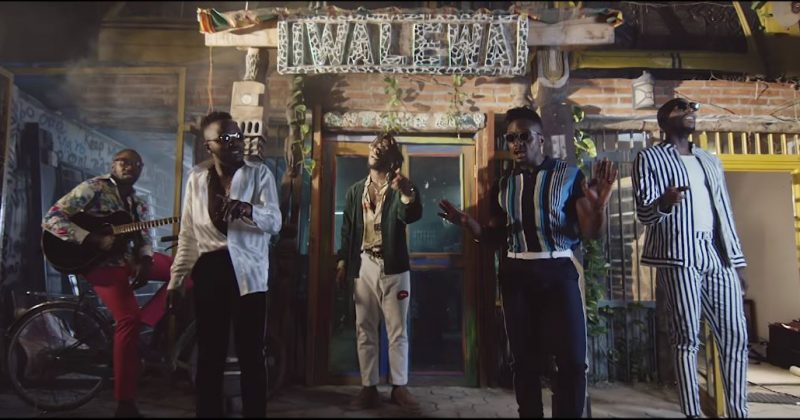 Perhaps we will never know the true impact of what Sauti Sol has done with their new album until other African artists follow suit. The group has been teasing its fourth studio album for nearly two years, since the release of “Africa”, their first collaboration with Yemi Alade in 2016.

In the months that followed, Sauti Sol spread out the release of the album with singles releases spanning across the whole of last year. The release of “Kamasutra”, their latest collaboration with Vanessa Mdee effectively puts an end to the 13-track rollout. Afrikan Sauce is now available to be streamed on digital platforms across the internet, packing a collection of favourites already enjoyed across the continent and over, in the past twelve months.

Sauti Sol self-describes Afrikan Sauce as an “art and cultural exchange”. The project indeed features famous artists from all four corners of Africa, but the real win for the record is a template for Afropop that actually works to the advantage of the creators.

Over the years, African popular music has been bogged down by the lack of a successful template for releasing projects. This can be summed with the nature of pop music to be quickly consumed and forgotten. But in addition, across the continent African artists, also face a massive distribution and middleman problem. Due to problems to lack of crucial revenue generation avenues, it’s not entirely unexpected for albums to slip into obscurity barely weeks after release. Concerts have been the most financially sustaining source of revenue for many artists, making the margin of success for singles wider than a body of work. Realistically, the risk or investment of making a full-length project is nearly not worth it.

Though exceptions like Seun Kuti, Burna Boy, Mafikizolo who are album artists exist, there is also a horde of top African acts who can’t be bothered with following a stringent project release calendar. An even more familiar template to Sauti Sol’s Afrikan Sauce rollout is Olamide releasing projects loaded with singles that have already gained heavy rotation. Though the YBNL boss has stopped frenetically rolling out singles as he used to three years ago, the formula largely worked towards his advantage. Even better, in the age of streaming, pre-streamed singles count towards overall album sales.

Afrikan Sauce is a game-changer because the Sauti Sol successfully taps into the explosion and refinement of African music on the continent and beyond. Lushly-produced tracks fusing African music’s tendency towards electronic music with acoustics, already places  Sauti Sol above average. A release solidifying the modern continental popular sound into a single project may damn well sling them into an iconoclastic class.

Stream all of ‘Afrikan Sauce’ via iTunes here