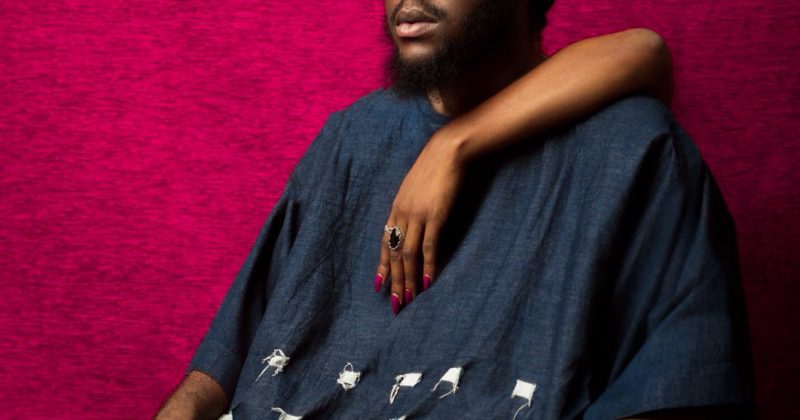 Of rhymes and melody: Breaking down the art of Tay Iwar’s poetry

A song comes up after the previous one ends. A soulful instrumental begins. It’s familiar and yet, each time it plays, it embraces the listener anew. It’s a song the listener knows well. The characteristic piano-like tones blending with a guitar make their way through the air pods and into the listener’s soul. The song begins and it never leaves.

The process of writing and building that story, fleshing it out and giving it life is an act of creation which, it seems Tay Iwar has mastered. What might be herculean for some, is somewhat spontaneous for him. In his words, “I’m not used to writing songs down so I’d usually think of a scenario, real or fantasy, recent or old and attach sentences to them and record them in directly. Overtime, those sentences may morph or not.”

The process itself is not really a process. It’s part inspiration, part word construction and part production effort. Think of a class of students engaged in a game of ‘Chinese whispers’, each one thinking up a fantastic scenario and putting their spin on the original idea. At the end of the game, the result is a complete narrative with a beginning and an end. This doesn’t mean that this is the rule every time. “Once in a while I change that process” Tay indicates.

Because each song is structured around a scenario, certain themes run through them which seemingly connects them in a loop to each other. Romance and sensuality give each other a run for their money, especially on “Renascentia”. The effect of this is a contrast of sorts between the two and how he plays with them creates an image of a person vacillating between two poles of the same emotion. Let’s not forget the relationship between the songs and the projects they are tied to.  For Tay Iwar, “Every song lyrically has its own story, but each project has its own theme sonically.” Ultimately, the idea of a theme runs concurrently with the story each song presents as they feed the composition.

Tay Iwar’s experience as a producer lends itself to the song production process in a big way. It revolves around multitasking and putting the pieces together as they come. For him, little to nothing is planned at first. All plans and arrangements are done afterward.

“I record, write and engineer myself most times and try to do all of it at the same time, like in the same session“. His production credits have been built up over the years with each song he worked on. One of his stellar qualities is his ability to interpose his own soulful vocals between the instrumentals and the lyrics. The effect is of an echo which comprises of the singer harmonising with himself. With a noticeable lean towards reggae and its accompanying sounds, the pulls and drags he employs to push the lyrics make them stand out more.

Tay Iwar paints scenes with words, immersing yourself into the narrative of the song. Songs like “Trust Me”, “Wuse II” play out like a movie. The scenery is clearly stamped in the mind, the characters playing their parts to perfection. Tay Iwar’s magic is the beauty of a poetic mind and it’s this haunting quality that makes his songwriting special.

0100
Previous Article The Shuffle: Revisit the socio-political bliss of K.U.S.H’s “Let’s Live Together”