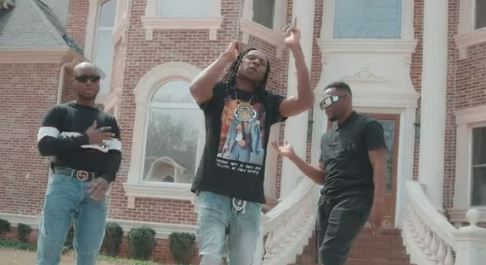 In March, celebrated Ghanaian music duo, R2Bees released their long-awaited album, ‘Site 15’. In its support, the duo have been releasing music videos for songs off the album, and they’ve just shared the video for “Picture”, the King Promise-assisted third track. Following the M.O of a bulk of its housing album, “Picture” is a romance-inclined cut that finds Mugeez and King Promise singing lyrics of admiration to their love interests, while Omar Sterling delivers a rapped verse in the same vein.

Over Killbeatz’s mid-tempo beat, their catchy lyrics are perfectly suited to the digital age of immortalizing moments with a loved one by taking pictures of and with them—“Girl let’s take a picture, wanna see you smile”, Mugeez sings on the hook. The music video Justin Campos directs for “Picture” captures their sentiments, as all three artists are seen performing their lyrics to beautiful models who act as their muses.

You can watch the video for “Picture” below.