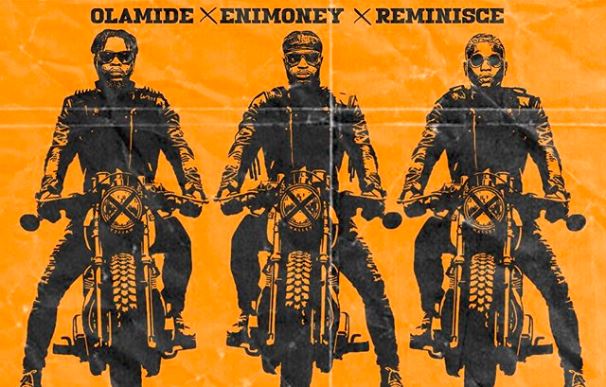 Though hip-hop isn’t the primary genre on Nigerian radio, you wouldn’t guess that from the mainstream success Olamide and Reminisce have enjoyed. Both rappers are known for their versatility, finessing their way around pop beats and performing songs that serve radio and party audiences conveniently. Their latest offering, “Shibinshi”, sees them collaborate with DJ Enimoney to celebrate their accomplishments.

Young Jonn produces the catchy beat for “Shibinshi”, creating a bouncy groove inspired by House beat samples. While Olamide takes the lighthearted hook and bridge in a mix of English and Yoruba, Reminisce gets two verses in, delivering his characteristical Yoruba rap bars as he shows off his luxurious lifestyle as a successful artist.

You can stream Olamide, DJ Enimoney and Reminisce’s “Shibinshi” below.