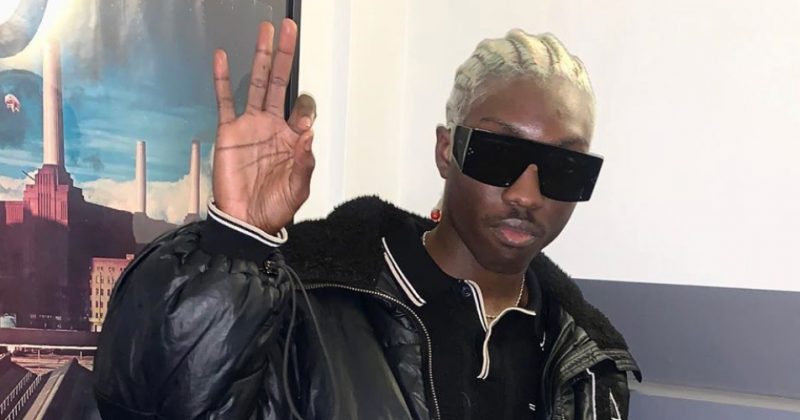 It’s been exactly six months since we last heard from Odunsi The Engine. Back in the throes of summer, before the ‘rona, he dropped off the bouncy two-pack, “Wetin Dey/Better Days.” Despite not releasing any music since August last year, he’s been the topic of conversation seemingly every month. Whether it’s rumours about potential love interests, leaked snippets (will we ever get the full “Wicked, Sexy?”), or more recently, commentary around his style choices: Odunsi The Engine is on the agenda.

The topic this week? Odunsi posted a picture on his Instagram page from London, showing off his newly bleached hair, and rocking a Vivendii Sound t-shirt.

I would really like Odunsi to tell me who his close friends are.

I need to have a discussion with them about the kind of discussions they have when they see photos like this.

Do they hang out with him looking like this? Abi it's just for social media? pic.twitter.com/5nkA7UshA8

Is it true odunsi the engine has gone crazy ?

Dear Odunsi, please don't confuse us abeg🙏🙏. Are you alte or weyrey?? Which one exactly??? https://t.co/ZNUc1XUctc

Artists have historically used their hair to make statements about where they are at in their careers, and their lives as a whole. In the early noughties, Jay-Z was known to grow out his hair when he was recording a new album, and then shave it all off, to mark when it was done.

13 years ago, in one of the biggest moments in 21st century pop culture, Britney Spears infamously shaved her hair off. Whilst many saw it as just another episode in the media circus that surrounded the pop star at the time, she has long since maintained it was an act she did to show everyone she was in control. She was tired of being told what was expected of her at every turn. She was tired of making music for other people, rather than herself. Later that year, she released Blackout, her fifth studio album, and one which is widely regarded as her most progressive and consistent body of work. On the first day of release alone, she sold 147,000 copies, and it went on to go platinum.

This isn’t the first time Odunsi The Engine has unexpectedly switched up his look. Following the release and commercial success of his slow-tempo R&B single, “Desire”, he decided to completely bleach his hair. Similar to Britney, he felt he was being pushed in a direction that wasn’t his choice. Both critics and listeners were ready to box him in, the way they have unknowingly done to so many artists before him. Feeling the pressure, this also led to the birth of the infamous friday cruise account. In our cover story last year, Odunsi explained how friday cruise – his unlisted Soundcloud account filled with unreleased gems – was his way of testing the waters, but importantly, a platform for him and his friends to freely create, without the stress of planning releases and roll-outs.  As his avid fans managed to catch on, this account would see the early demos of tracks that would end up on rare., as well as songs we haven’t heard since.

Late on Friday night, Odunsi returned to the cruise, and dropped off “Stayin’ Low (Quarantine)”, a timely song for the current times. But more than that, it may be an indication of where he’s heading musically. If the switch up from “Desire” to rare. is anything to go by, we should start prepping for a new Engine.

“heard they miss the old me, but they don’t wanna love, they just want to own me

oh me oh my niggas tryna clone me, I’ve been riding solo, long time never lonely, yeah you know it’s all me”