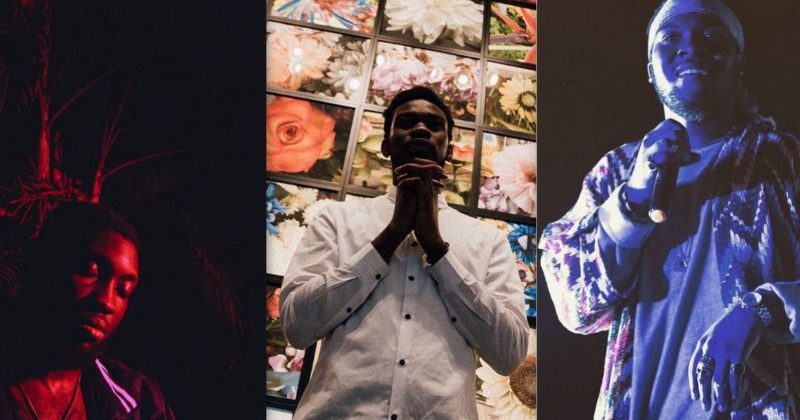 Nothing works the way it should in Nigeria, nothing. Not even amateur music. Elsewhere amateur music is a cutthroat business with young, talented and ambitious musicians ruthlessly mowing down the competition on their way to nab that all elusive record deal. No better subculture illustrates this than battle rapping, a subset of hip-hop that consists almost exclusively of emerging rappers publicly decimating their rivals for the entertainment of an audience whose loyalty has to be won with skill and ruthlessness. This phenomenon spans across most genres, especially pop, which considering its commerciality and simplified lyrics and melodies should be encouraging of acceptance. The reality however is the pop-stan wars, rivalries endorsed by emerging pop stars so ruthless, people have been bullied into depression and self harm for deigning to question the supremacy of their idol.

In the Nigerian music industry what we have instead is a weird potpourri of emerging musicians, all aggressively forming collectives and communes, super groups and bands, publicly supporting each other, collaborating, endorsing the very people with whom they struggle for relevance. Many argue that this camaraderie (especially in Lagos, the country’s musical capital) is the result of privilege. Many of these new generation musicians are upper middle class and grew up as the first generation to grow up under the watchful eye of the internet and have come to equate the fleeting familiarity that having social media mutuals and sharing a pop culture canon tends to lend to new interactions. We cannot say for sure that is true, or even why, but we can say that it isn’t entirely why. This is what we think.

For one, there really aren’t any traditional record deals in Nigeria, proper legal contracts negotiated extensively between a singer’s agent and an interested record company. What exists in lieu of a record deal is either the exploitative ‘sale’ deals that the distributors like AHBU ventures of old offered artists like Psquare and M.I back in the day, buying off the rights to reproduce their music for a lump sum with the added threat of pirating the music if it isn’t distributed by their channels. Then there were the exploitative 360 deals often offered by record companies forbidding signees the ability to enter into independent endorsement contracts without remitting a good percentage of all revenue made during the duration of their contracts to their labels.

Without the lure of a label to sign to, there is simply no urgency for any emerging artist to find representation. Without representation and the guidance a label brings, these artists have had to look sideways for help navigating Nigeria’s volatile music space. These communes are working, for now. Singers like Odunsi The Engine, Ozzy B, Tay Iwar and Nonso Amadi (the literal vanguard of the New Age) have found international acclaim via the now popular streaming services, popping up on international charts they would have only dreamed about a decade ago. And in their own way, they are carrying their collectives along with them, sharing their music, featuring in their projects, harnessing the power of social media as a marketing tool. However, the New Age is getting it wrong in one vital way. They are still obsessed with traditional music distribution methods.

In Nigeria ‘no one’ pays for music. The numbers are probably closer to ten to one, when it comes to who buys music and who doesn’t.

The reasons for this are legion; piracy, poor distribution networks, misunderstandings between producers and artists, access to the internet. But the biggest disincentive for buying music is the disconnect between artist and fan. Our popular musicians are proficient at cloning trendy sounds/genres, with the speed and precision that is akin to piracy. There is little backstory, no personal connection or universal themes (other than big butts) that fans can latch on to and make the music their own.

Many of our hit songs are pretty much indistinguishable from one another and often musicians find that their fandoms are fickle, demanding that they jump trends with ease or get dumped for younger shinier versions of themselves willing to do what is needed to keep Nigerians dancing. This urgency means that albums are usually rushed and unremarkable, and singles are often dated by the period in which they were released. There are no classic albums from contemporary Nigerian musicians (save for 2face’s Grass to Grace and M.I’s Short Black Boy). If we are only chasing singles that lose replay value once the trend shifts from Afrobeats to hip-life, why should anyone spend their hard earned money buying it.

This is why it makes no sense that the New Age artists are also churning out individual singles, released arbitrarily by the truck load. The audience is too conditioned to seek illegal music and consume it as a perishable to get the cultural impact these artists are aiming for with their music. The fact that these singles are primarily released on streaming platforms like Soundcloud and Spotify doesn’t help either. It perpetuates the presumption that music should be ‘free’ and keeps the New Age artists in the red.

If Ed Sheeran’s % and Drake’s More LIfe have taught us anything, it is this, albums make more sense as an artist than singles, more songs means more opportunities to gain streaming revenue and find audiences, it means more avenues to reach and court audiences and it means more money. It also means more material to perform live. Offline interaction the form of concerts, performances and tours is how artists will sustain fandoms in the age of streaming, and the New Age artists, many of whom who have been active for more than a year only have a handful of singles to their names, some even as little as a feature on another musician’s song, withholding music from audiences as part of an elaborate roll out plan doesn’t work. It also doesn’t bode well if opportunities to perform present themselves and artists simply don’t have enough material to justify themselves a spot. How do you build a fandom if you don’t have any music to offer them.

Music has evolved and our New Age needs to not only evolve with it, they need to design the evolution to suit the musical future they see for themselves. They can only do that if they forgo the conventional

Next Article Hear producer, Bond on “Dash”, his first official single as a vocal artist