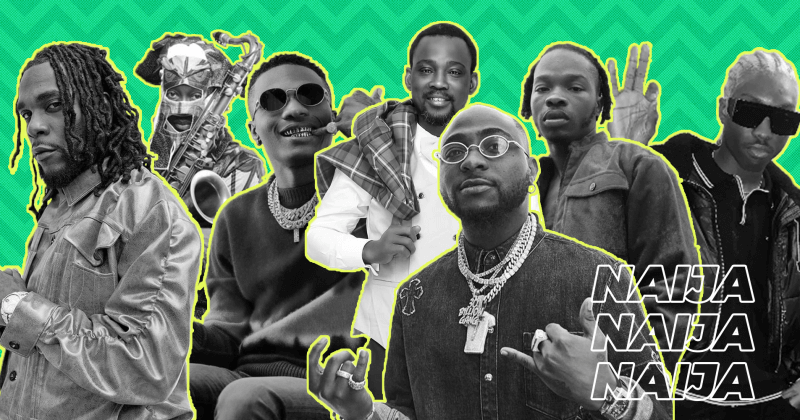 Music That Makes Us Proud To Be Nigerian

Happy Independence Day one and all!

Sixty years ago today, on October 1 1960, Nigeria proclaimed independence from her colonial rulers, (not that) Great Britain. Our history since has been a tumultuous one. Though Nigeria has been independent for sixty years, we are pretty much still finding our footing – the statement from musical legend, Eedris Abdulkareem that “Nigeria Jaga Jaga” seems to be the truest representation of our country’s state of affairs through every different season. Given the proliferation of inter-tribal violence, gender inequality, corruption and a generally poor standard of living, on your average day, you can count on Nigerians having lots to say about our dear dreary country. Still, on this day, the one that marks our independence, we Nigerians are jubilant (to be honest, we are oddly in high spirits on most days), as we celebrate, with pride the country that we call home, for all its flaws and in all its glory.

From memes to shared understandings of the madness, vintage Nollywood to traditional celebrations, there are so many experiences unique to Nigeria for us to all bond over, and one of the most unifying aspects of our shared culture is our music. Hearing “Konko Below” at the function is immediately followed by the sight of a congregation getting on down to the memorable groove as we passionately sing (it almost always comes out as an out-of-tune belt) “ijoyaa ooooo, Lagbaaajaaaa“.  Watching our musical stars take on the world – with scores more success than their football counterparts – fills us with joy and a competitive spirit, as we hope the world will finally see that our Starboy is the only Starboy, and he did wash Drake on the original “One Dance” track. Changing national anthems every time a new hit song comes out, whether it’s “Ye”, “Ojuelegba” or some even say “Soapy”, lends a more realistic representation of how we Nigerians perceive our country. Beliefs that bind us together, such as these, leave us with a sense of pride of our Nigerian nationality, one that our Editor-in-Chief relayed, in his past life as Shane Chubbz, when he rapped “Holiday/Where I’m From”.

As a publication, this is a song that makes us incredibly proud, to be NATIVE member, and proud to be Nigerian too. As individuals, records from Davido, Lagbaja, Wizkid, Burna and so many more make us feel all warm and gushy inside too; so, to commemorate Nigerian Independence day, the NATIVE team and a few others are sharing that songs that make us proud to be Nigerian, and of course, we’ll let you know why.

“Fia” felt like the type of “protest” song that we don’t get a lot in Nigeria, and in Nigerian Pop Music in general. It wasn’t protesting against the ills of the country, but rather, a personal protest, against the everyday opps in all our lives. Sometimes, it feels like we are so accustomed to things going sideways, there’s no energy left to actually vent about these things – we, as a country, tend to just keep it moving. Maybe it’s a coping mechanism, and the only way to survive, but sometimes, we need that emotional release. Hearing the pain of Davido’s tumultuous year, channelled into this three-minute, emotive yet defiant record, and screaming the lyrics “you for dey for me” at the top of your lungs, feels like the perfect ode to our dear country.

“Dumebi” represents a new dawn for me. It was like a cultural reset and a middle finger to the status quo, which makes me proud to be a young Nigerian creative. When you’re doing things on your own terms, against the grain, people don’t tend to take you seriously. Rema did it and won. It really feels like he did it for us as well, especially after his rant on Twitter the other day.

Even though we’re taught to conform from a really young age and do as we’re told, I think it’s a very Nigerian thing to do what you want to do anyway, and that’s why this song is important to me as a young Nigerian.

This song is actually a classic or at least to me it is. I remember being a bigger fan of Wizkid than I am today, the trust issues are a bit much to look past in recent times. Anyways it’s a song that is truly evergreen because 6 years later on, the excitement when it comes on hasn’t waned that much. Listening now, it makes you remember where he’s come from and marvel at the prospect of the future for him. Plus considering how often it gets played in parties over in the diaspora, it’s definitely one of those ones that’ll always get considerable replay.

The national anthem! Naira Marley’s “Soapy” is, to me the equivalent of what “Sicko Mode” was for Travis Scott in America. “Soapy” was an integral asset of the music game in Nigeria that year, this inescapable song bore so much cultural relevance. As Drake’s verse on “SICKO MODE” sparked rumours about him and KKW, the “Soapy” dance caused a lot of controversy as Naira’s moves were taken out of his intended context.

There has never been a part of me that romanticises innumerable problems Nigeria leaves its citizens to contend with on a daily basis, but I often catch myself with this irrational need to find a silver lining and hope for better days, before I emigrate permanently or die. Lagbaja’s classic cut, “Suuru L’ere”, is my potent shot of optimism. I tend to enjoy Lagbaja when he’s doling out diatribes and satirical commentary, but there’s a cordiality to “Suuru L’ere” in its call for patience and cooperation that makes me feel like there’s light at the other side of the tunnel—when I’m feeling this way, I can say “I’m proud to be Nigerian” and actually mean it.

I remember the first time I heard Burna Boy’s “Ye”, earphones plugged in, volume pumped up to the max. There was heavy traffic that day, so I put on ‘Outside‘ to keep me company, and “Ye” came on and the song just hit completely different. On that journey, it was even heavier, because I was in traffic in a danfo, so lines like “I wan buy moto, I wan build house” just moved me – it inspired me a lot.

The Kanye West mix up was so perfect. Even though it was a mistake that led a lot of listeners to “Ye”, it’s also important to note that the song actually resonated with them. This song, from this side of the world, which had become the soundtrack to our lives in 2018, even dubbed the national anthem (overthrowing Wizkid’s “Ojuelegba”), actually spoke to people overseas – that was beautiful to me. So it makes me very proud to have a song like that from Nigeria, and our global superstar Burna Boy – whose ‘African Giant‘ level came largely off the back of that mixtape.

This takes me back to the 2018 World Cup. Even though Nigeria didn’t make it too far, being Nigerian at that time was just great vibes. I mean remember the pride when the official Super Eagles jersey dropped and it was a madness. The unity we experienced while watching the games and the collective sadness when Argentina eventually knocked us out [eye roll] – that period was all about pride and unity.

The first time I spent some time outside Nigeria without family or close friends, Dagrin’s “Pon Pon Pon” was my go-to song. The reason is simple: “Omo Naija ni mi, Naija lo bi mi si/Naija ni mo ti bere si’n ko ABC”. Sure, those opening bars were a way for Dagrin to introduce himself, but for me in those times, they rooted me back home. When he rapped those words, he did with the invincible swagger that’s now attached to Nigerians; that delivery made me feel like I could walk around anywhere like I owned the place, simply because “Omo Naija ni mi”.

“Napoli like Lagos” has an effect. I remember everything about the first time I heard it quite lucidly. The colour of the shirt on my back and the exact action I was engaged in. There is just something enthralling about Pasuma’s uneven vocals swimming drearily against the tempestuous tide of the drum scheme that draws one in. Fuji music’s canon is swollen with musicians memorialising their travels on wax but “Napoli like Lagos” stands apart as something rare: an effervescently earnest yet warm record.

One of my favourite lines on the preceding single that accompanies “Wetin Dey” is “two passports so she get away“. Born and largely raised in England, I am very very fond of escaping Nigeria until the “Better Days” (December) come around. But, when the bouncy “Wetin Dey” blares through my speakers or fills my earphones, all I want to do is be back home.

Whether its partying to the LA rap songs of which the beat and music video are reminiscent, or getting down to everyday habits that I learned from living in Nigeria at the time Ruff Rugged & Raw’s song of the same title was popping off (buying breakfast in traffic on my way to school/work, taking the price down not enough notches at the market) this record reminds my restless self that my better days have always been spent at home. The fact that, despite all our “Jagajaga”, I still feel this comfort and safety in Nigeria, gives me a little moment of peace and pride – fleeting but, worth cherishing.

I spent my summer last year in Houston; a city miles and miles away from my family and anywhere I had called home. Prior to then, I had never really lived out of the country for a prolonged period so I found myself scuttling to the ‘Nigerian’ club every weekend to get my weekly fix of sounds from the motherland as a cure to my ever-growing homesickness. It was on one such weekend I first heard Naira Marley’s “Opotoyi”. I had never really been keen on the rapper but the moment I heard the first few chants of ‘Marlians! Marlians! Marlians!’, something came over me; it was like I was in a trance. In the dimly lit and overcrowded club, I watched in astonishment as the entire room yelled out the lyrics in unison. It was a members-only party and I wanted in on the madness. At that moment, more than ever, I felt proud to be Nigerian

I found myself repeatedly playing “Opotoyi” in the coming days as I practiced my rather shabby legwork and even taught some of my white co-workers a watered-down version of the lyrics. I may not be the most patriotic person, but whenever I listen to “Opotoyi”, I feel part of something bigger than me. It reminds me of my time in a city I knew next to no one but felt right at home.