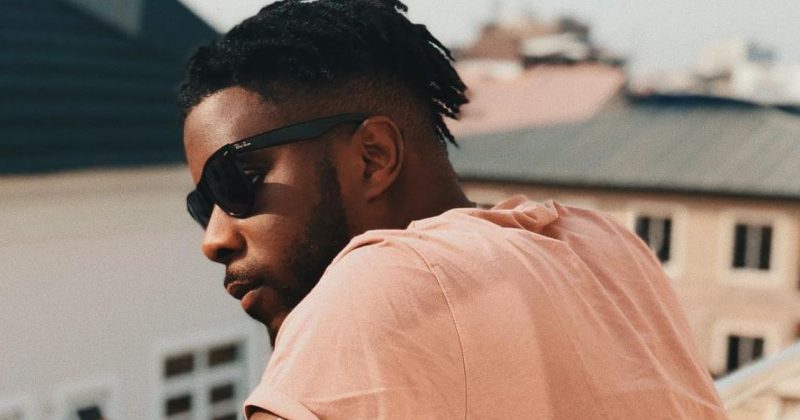 Maleek Berry’s debut with Last Daze of Summer was rendered with just the right amount of breezy Caribbean influenced harmonies to keep it in circulation through the whole of last year. After watching him step out from behind the producer booth to become one the most rotated Afropop artists of this era, we wondered if perhaps his penchant for taking risks could turn around and bite him in ass when he promoted his new First Daze of Winter EP saying “Time To Flip The Script”.

Fortunately, his statement was less literal than we thought.

Despite the wistful theme hinted by the project’s name, Maleek Berry is able to clear doubts with pre-released singles, “Been Calling” and “Pon My Mind”. Though their lyrics aren’t the most optimistic, he made a note to retain his dancefloor viability with catchy instrumentals. Fusing his competence in melody with an earnestness to tell a story, ‘First Daze of Winter’ makes up for where ‘Last Daze of Summer’ may have been lacking with the more emotionally-set narrative.

On the third track, “Own It”, Maleek Berry continues with themes already heard on the previously released tracks. Over the mid-tempo piano-led beat with synths, tin-pan drums and vocal samples, Maleek tries to win the heart of a love interest singing “Girl I’m Here To Stay/ Gimme A Shot Make I Calm Down/ You Got Me Drunk On Your Love Now”. This romantic melodrama continues on “Sisi Maria” where he gives a more vivid description of his love interest and the romantic plans he has for her; “E Be You Wey I Wan Marry/ Na My Pikin Wey You Go Carry/ I Go Buy You Plenty Diamond/ Oluwa Provide I Go Dash You Mansion”.

On “What If”, he strays farther than ever from his familiar dance-inclined melodies to perform what is probably Maleek’s first ‘traditional’ R&B ballad. The track delivers the heart-wrenching punchline of ‘First Daze of Winter’; “Now The Summer Is Over”. Perhaps spurred by the absence of the dancefloor-ready beats, the lyrics on “What If” are a lot more expansive than on the rest of the tracks, and this allows him to fully address his unrequited love.

But before conspiracy theorists start spinning tales that Maleek Berry is transitioning to R&B and leaving his Afropop fans behind, the last track on First Daze of Winter, “Pulling Me Back” places him firmly within Afropop territories. He admits that “No Matter How Hard I Try I Can’t Ignore” and though it’s obvious he’s referring to his said love interest, fans will be glad to know that even when Maleek Berry is feeling blue, he can still make dance music “For The Gyal Dem”.

Next Article The Bumplist: SZA, Lady Donli, Maleek Berry and 10 other songs you need to hear this week