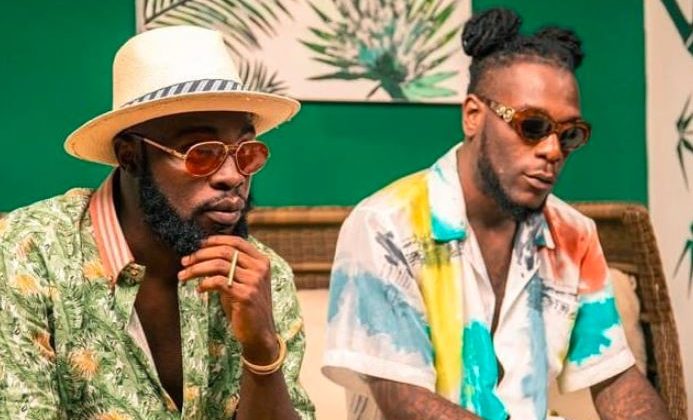 Burna Boy and M.anifest have contributed to the ever growing list of solid Nigerian/Ghanaian collaborations. We already saw how well they work together on the politically inclined cut from‘African Giant’ , “Another Story”, and now, they have teamed up again for “Tomorrow”, a more lighthearted track where they both confess their love.

Earlier this year, the Ghanaian rapper told Tim Westwood that his coming project, ‘the Gamble’, will feature tracks with Simi, Kwesi Arthur and Burna Boy, so it’s safe to assume that “Tomorrow” is one of the lead singles released ahead of the project. M.anifest gets in his sultry elements as he delivers witty lyrics addressing his love interest. Burna Boy’s chorus and closing verse amplify the song’s romantic intentions, as he confesses his own sultry feelings, over the groovy highlife beat produced for the song.

You can listen to “Tomorrow” below.

ICYMI: See the music video for Burna Boy and M.anifest’s collaboration, “Another Story”