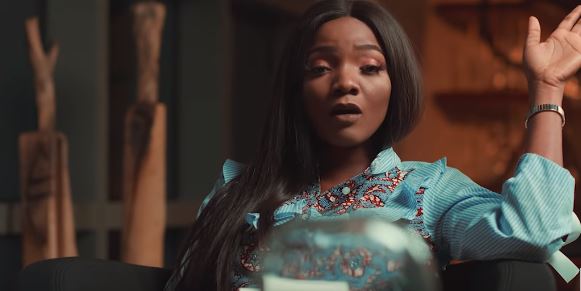 M.anifest & Simi engage in a couple’s spat on “Big Mad”

In addition to making an appearance on Burna Boy’s socially charged “Another Story” , Ghanaian rapper M.anifest has a history of collaborations with Nigerian rappers like Loose Kaynon and Jesse Jagz. For his latest single, “Big Mad”, he taps afropop singer Simi to add a soulful texture to the song’s sombre theme.

Based on a couple’s spat, “Big Mad” finds both singers playing out a heated discussion, after one party feels under appreciated. Simi plays the role of the slighted party, singing a hook filled with grievances and threatening to call it quits. M.anifest acts as a penitent partner, seeking forgiveness and asking for another chance, across his two rap verses.

Visualising the song’s narrative arch, the accompanying video co-directed by Apagnawen Annankra and Gene Adu, opens with both artists arguing with their respective partners. Later on, Simi is seen trying to counsel M.anifest and his love interest in a couple’s therapy session, eventually breaking down due to issues with her own relationship.