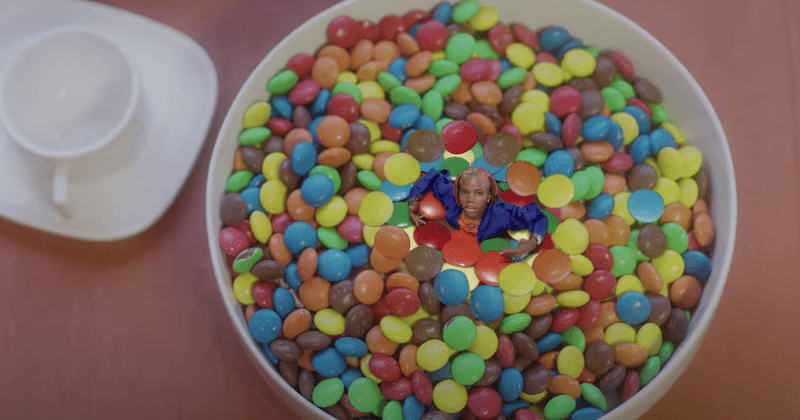 Back in 2018 when Lyta’s 2018 debut, “Time” put him on the radar, his Yoruba-fueled melodies caught the attention of several tastemakers such as Davido and Olamide, who showed interest in nurturing his talent into a fruitful career. The 22-year-old has however chosen to pitch his tent with Marlian Music, as he announced his contract with the label earlier this week and quickly followed up with a new single, “Hold Me Down”.

I’m so excited to be joining my new family Marlian music, thank you my President @nairamarley for giving me this amazing opportunity💛⚡️

“Hold Me Down” is Lyta’s first single under Marlian Music management and the song sees him exploring a more seductive narrative than we’re used to from him. Singing “Anything to make you happy/ I get money, sho mo?” over the catchy beat Quebeats produced with a laidback drum riff, Lyta flexes his writing chops by subverting the vulnerable trope of romantic songs with boastful lyrics. He proves how attractive confidence can be, by laying down his game and shamelessly references his hit song, “Time” as though to remind his muse that he’s a certified hitmaker. It’s an unorthodox approach to win the heart of a lover, but Lyta has the charisma and melodies to make it convincing.

The music video directed by Wole Genius also emphasises Lyta’s alluring personality, through the scenes showing him serenading his muse in different colourful sets. Pay attention kids, you can learn a thing or two on how to impress your lovers here.

Watch the video for Lyta’s “Hold Me Down” below.

Update: Unfortunately, the singer and director are under fire for allegedly plagiarising a video by K-pop artist, GOT7 for the song “Right Here”. Although Wole Genius insists that he was inspired by the video, however, a play-by-play of both videos right next to each other would suggest that it was more than a source of inspiration. Check it out here:

[!!] Lyta's Hold Me Down MV has plagiarized GOT7's Just Right MV. @jypnation @GOT7Official
Please take legal action on this.
We do not accept plagiarism. #GOT7 #JustRight #갓세븐