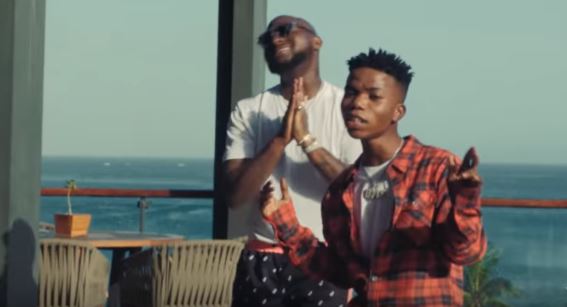 Lyta gets the Davido co-sign on “Monalisa (Remix)”

At the beginning of the summer, Lyta was singing his summer blues. The teenage singer publicly exited YBNL under controversial circumstances, but he’s picked it up since then, joining a new management and dropping a new single, “Monalisa”, as well as its accompanying video. In addition to becoming a sleeper hit, it also caught the ears of Afropop superstar Davido, who has given the singer the highest co-sign with a new verse on the song’s new remix. Apart from Davido’s appearance, nothing about the romantic song is changed, but the addition of an A-list artist will sure help the song’s popularity, and by extension, Lyta’s popularity as well. While its newly released, DK-directed video does touch on the mushy sentiments present on the song, via its destination setting and a couple, the main highlight is the bromance between both artists, and the huge admiration Lyta palpably displays for his high profile guest.

READ: OLAMIDE, YBNL AND THE FUTURE OF STREET HIP-HOP