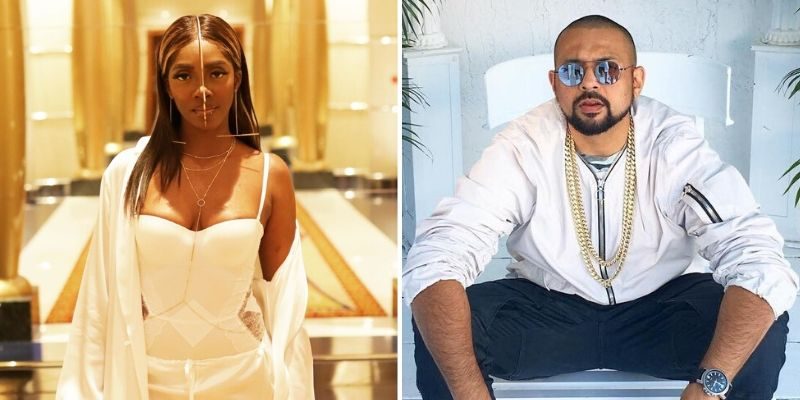 Tiwa Savage Joins Sean Paul For New Single, “When It Comes To You”

Reggae and afropop have always shared similar history and influences, and many Nigerian artists such as Burna Boy, Pretty Boy D-O, and even Wizkid on his last album ‘Sounds from the other side’ lean into Caribbean influences, by constantly infusing their lyrics with patois or reggaeton. Given this, the relationship between both industries has always flourished with many collaborations between artists from the two worlds from Kranium & Wizkid to Tuface & Beenie Man.

Now, the two worlds have come together again, on the remix to Sean Paul’s latest single “When It Comes To You” featuring our very own DJ Spinall and Tiwa Savage. In this remix, DJ Spinall adds a twist to the up-beat beat track, by including afro-juju influences through the use of hypnotic drums. While Sean Paul holds his own given that it’s his song, Tiwa Savage steals the show and kills it as usual. ‘You know somebody is waiting, don’t go away’ sings she sings, letting her lover know just how important they are to her.

Stream “When It Comes To You” below.