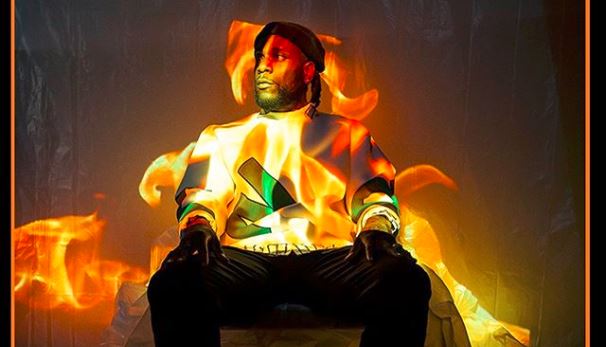 Burna Boy’s ‘African Giant’ album is one of the most anticipated projects in Africa and has also gotten some international attention with Apple Music spotlighting the artist just weeks before its scheduled release. The pre-order link which already housed singles like “Anybody”, “Dangote”, “Gbona” and “On the Low” just got updated with a new single, “Pull Up”, another romantic cut from the African Giant.

“Pull Up” unearths a more vulnerable layer to the singer-songwriter who’s reputed for his more confrontational and dance-club driven releases. Fueled by the folky production of strings, traditional drum riffs, rattling samples and percussion harmonies, Burna Boy addresses his lover, singing reassuring lyrics in a charmingly mellow voice. Opening the song singing “24/7 you dey pon my brain/ And I know you want me to go down on my knee/ Heard you can’t eat/ I want you to know it’s not that deep”, you get the sense that we could be hearing wedding bells from him and his celebrity girlfriend, UK based rapper, Stefflon Don soon. But while that remains uncertain, we are almost sure the moaning vocal sample heard on “Pull Up” is from Nelly and Kelly’s similarly romantic “Dilemma” single.

You can stream “Pull Up” below.

ICYMI: Burna Boy’s “Gbona” is a celebration of Afrobeat as a dance genre

Next Article Krept and Konan share music video for “I Spy”, featuring Headie One and K-Trap