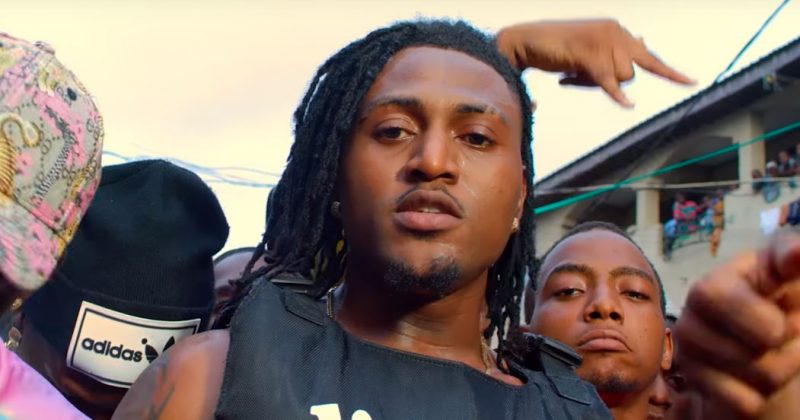 The ghetto dream is very well documented thanks to the number of artists who have achieved success from their humble beginnings. Idowest secured his spot among the fortunate number when he became an overnight sensation off the impact of his street-hop hit, “Shepeteri”, which saw him get co-signed by Davido and go as far as featuring on Tim Westwood’s BBC “Crib Session”.

The rapper cemented his place as an established rapper with his criminally slept on EP, ‘Mafia Culture Vol. 1’, opening with “Ye Mama”. He just put out the music video for the song on which he narrates his less-privileged past; “Daddy mi sope awon olowo uni/ Uncle mi sope awon o raye story/ Mo wa di omo titi bi eni to fa poli(My dad said no money for college/ My uncle said no time for stories/ So I became a street kid like a drug addict)” The Lucas Ried directed music video opens with shots of Idowest smoking till an old woman starts to question him and eventually chases him out of the house. The video for “Ye Mama” celebrates Idowest’s growth to acclaim as he leaves the house in a red Chevrolet then hits the streets to perform the rest of the triumphant lyrics in front of his adoring fans.

Watch the music video for “Ye Mama” below.

Next Article Johnny Drille sings of eternal love on new single, “Count on You”