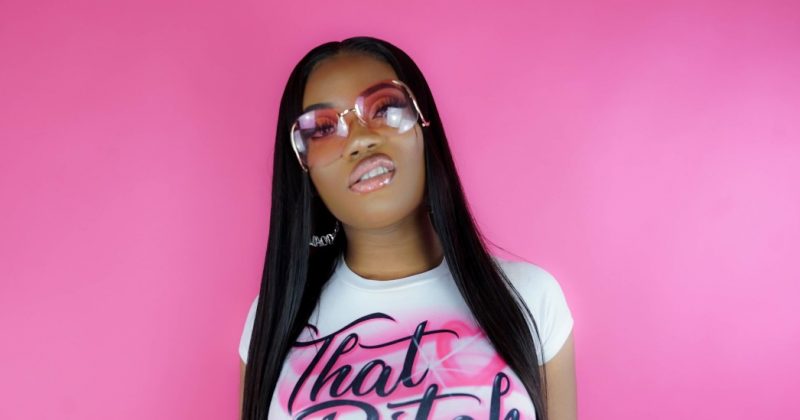 For the Girls: Shaybo is the self-proclaimed ‘Queen of the South’ with hard hitting bars

To commemorate Women’s History Month this year, we will be spotlighting a new female artist every day of the month. Some of these women you may know, others you may have heard of and some will be entirely new discoveries. The aim is to spotlight the remarkable young women from around Africa, who are finding their feet through music and giving women a voice of their own.

South-London based MC, Shaybo has been rapping on and off for about 10 years. Since the Nigerian-born rapper was just 13, she knew she always wanted to become a star and make music, however being born into a Nigerian family meant she had to get her education sorted out first, before she was allowed to pursue her dreams.

A quick look at her Apple Music page will reveal that the talented rapper has only four official releases, however this does not detract from us seeing clearly that Shaybo’s ultimate strength lies in her crop of hard-hitting freestyles. Her first official release was actually a freestyle. “Shaybo HB Freestyle”, which packs an onslaught of word play is a product of Hardest Bars, an online community known to put on some of the hardest rappers from around the country.

Shaybo is hardly new to cursing, or to pointing out the double standards that women must face. “Ya Dun Know” is arguably her breakout track, and she delivers more of the hard-hitting bars we have come to expect of her. She raps about being in the game since the existence of Limewire, and does not shy away from dotting her braggadocious raps with Yoruba slangs and insults–which is sure to resonate with listeners from her birth country.

Shaybo is set to release her debut EP, ‘Queen of the South’ later this year, a term she is known to commonly shout out in her other singles and freestyles. The term serves as a double entendre–a nod to her status as one of the hardest female rappers in the game from South-East London and popular Netflix series, Queen of the South.

Shaybo’s most recent offering is “Anger”, a hard-hitting drill anthem on which she gives her unapologetic nature a free rein as she expresses her anger and frustration particularly with the music industry. In an interview with Apple Music, Shaybo reveals that she wanted to give women a song they could relate to as there are not enough women in the game showing other women that it’s okay to express themselves–even ugly emotions like anger.

Yesterday, Shaybo served up yet another freestyle on BBC 1 Extra with Tiffany Calver, and showed just about everyone that she’s really about that, as her bossy confident lyrics were put on display again. She also keeps true to her native roots by easily slipping in and out of Yoruba and pidgin English.

For the Girls: Jazzz Atta is the r&b singer captivating audiences with her voice