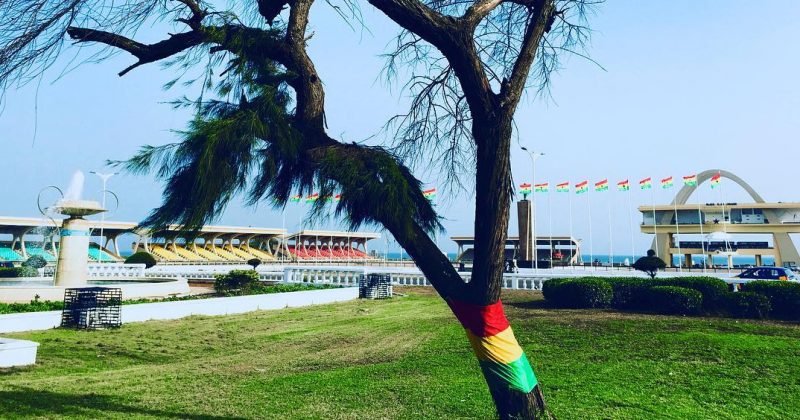 Why Ghana is everyone’s holiday destination this Christmas

Africa has become a major stop on the art and culture route, as a result of the global acclaim African artists have enjoyed over the past year specifically. Artists like Burna Boy, Wizkid and Davido have taken African music to the world through the successful world tours and their song charting on Billboard. Their status as internationally established artists means they’ve garnered fans from all over the world who are willing and able to make the trip to Africa to experience the music in its place of origin.

Ghana might not be Africa’s musical mecca, however, between the 27th to 30th of December, it will become the hub for music, thanks to the second Afronation festival this year.

Festivals like Afronation afford fans a chance to see their favourite African acts perform alongside other international artists like 6lack, J Hus and others. Beyond the big names, music fans at the festival will be able to discover the upcoming talents within the African music scene. Kwesi Arthur, #TRYBE alum, Darkovibes and his La Meme Gang crew are some of the Ghanaian artists with promising prospects expected to perform at the Afronation concert as their careers continue to grow more acclaim with each concert they shut down.

Fans who make the trip to Ghana will also get the chance to witness the diverse sound of Africa, which might be too niche to crossover to the mainstream and the rest of the world. South African DJ duo, Distruction Boyz feature on Afronation’s lineup and they will give guests a taste of the GQOM scene in Durban, South Africa. Their set is sure to interest fans of electronic dance music as their synth-led sound is often influenced by the house and dubstep genre of European dance-clubs.

Guests will also get a chance to experience the rich Ghanaian culture at Afronation. There aren’t many countries that can claim to have a contemporary popular music which perfectly encapsulates their spirit. The indigenous highlife music of Ghana remains prevalent in popular contemporary African music, so much that it greatly influences the Nigerian pop music scene. Though it often takes on elements from pop, r&b and rap, music from Ghana is always underpinned by the decadence of the waist-whining sound of the exclusive colonial-African clubs along Ghana’s coast.

Along with the great music, people attending the Afronation have the opportunity to socialise and build mutually beneficial relationships with other music lovers at the concert. Just as the successful Afronation campaign in Portugal silenced the diaspora war narrative being propagated between the Caribbeans and Africans online, the festival in Ghana will serve as an opportunity for Africans to strengthen our community ties by enjoying the good music and festive atmosphere together. Afronation is sure to boost tourism in Ghana with the two-day event guaranteeing guests enough time to explore all that the area has to offer. With the impressive lineup, tourist benefits and the undeniably global allure of music of African origins this year, there’s no better place to be between the 27th to 30th of December than Accra, Ghana, where the Afronation festival will be making its return home. You can get tickets for Afronation here.

ICYMI: Get to know the Ghanaian artists on Afronation’s lineup ahead of the festival