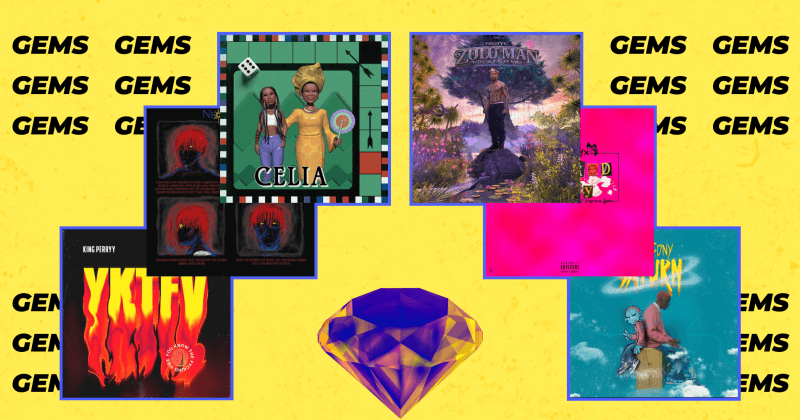 Since releasing the tracklist for his latest album ‘Zulu Man with some Power’ a few weeks back, many, like myself, were hooked on the slew of international features on the project, which spanned artists like T.I, LilGotit, Lil Keed, Rowlene and in particular Dreamville Records signee, Ari Lennox.

Arriving on Friday, Nasty C’s project delivered more than was expected, as the SA rapper cast a larger than life shadow with an offering of 20 songs which find him at his impenetrable best. “Black and White” featuring Ari Lennox stood out as an unmissable track due to the duo’s noteworthy chemistry which reverberated with each memorable lyric. “I got a lot of this love to give/I got some land inside of ribs” Nasty C sings-raps, as he addresses a lover and runs through a list of things that he would unrequitedly offer to them as a token of his love. He tries to convince his love interest of his devotion as he feels their love is as simple as black and white.

Nasty C is joined by Ari Lennox on the second verse, as the neo-soul singer infuses her effortless and soothing vocals to aid the storytelling on the song. Singing “So call me baby, cause you be putting it down on me/when we loving you know we don’t care”, we hear Lennox revel in the sexual attraction that she shares with her lover. It’s simplicity at its best – the union of their very different voices makes for a pleasurable listening experience.

At the beginning of the year, many of us at the NATIVE were calling for the ultimate girl’s anthem and though the year is far from over, we must say it’s been a good year for the girls. From witnessing stellar collaborations from women like Tiwa Savage and Hamzaa, 234jaydaa and LunaLovesYou, Cuppy and Darkoo, and more, producer, Beezyx’s “Wicked Kitty” featuring Yinka Oshodi, SGaWD, Rindss and Mimz seems to be exactly what the doctor ordered.

For his second single of the year, the budding beatsmith taps into the sensual inclinations of a host of female artists whose individual distinct and rich voices create layered, otherworldly melodies that swell and shimmer with each listen. As the infectious mid-tempo beat begins Yinka Oshodi starts off by stating her claim, “only want bands and Chanel no.5”; she has a wide selection of admirers who will start wars in her name but she’s more concerned with what they can give her. Oshidi’s bars then bleed seamlessly into Fresh Meat alum SGaWD’s verse, the hypersexual siren, in her usual fashion, sensually singing about how her kitty has her admirers feigning for it.

Similarly, Rinds’ and Mimz’s songwriting is littered with scenes that are positively cinematic, bringing up memories of your own sexual relationships (only if you got that WAP). These women all claim and own their sexual desires, and sound amazing while doing so. Despite the existing social norms that women should silence their intimate desires, each artist raises a scathing middle finger to society and, here, sexuality is welcome as they sing about the prowess of their pussies. Think WAP but more honey-toned and sensual.

On Friday, Tiwa Savage released her third studio album to instant fanfare. Thirteen compelling records that together come to the rescue of Afropop, which has, lately, been falling into the background as Nigerian music thankfully diversifies. ‘Celia’ is full of astounding records with bolshy lyrics, impeccable vocals and captivating beats. All these characteristics are present on “Glory”, but the record is even more poignant as it talks about her living to smell her flowers, which many have brought to the altar of ‘Celia’.

Getting into her afro-house bag for this club-buster, Tiwa Savage leaves most of the first half of this song up to Shama Joseph, the Haitian beatsmith, professionally known as Sak Pase, who produced this to perfection. After two takes of her first verse, broken up by the bouncy dance rift where she repeats that she wants to live her glory, Tiwa Savage moves on deliver an inspirational talk. “Everything we go through has its purpose, might not be so bad after all”, she sings, encouraging us not to take the wrong path just because it looks easier in the moment. Ending the verse reassuring us that “There’s nothing left between you and your [beat drop]” “Glory” emerges as a motivational speech as well as an infectious dance tune that will carry raves to their sweaty neon heights across the world (thanks to Universal distribution) and leave you drunkenly preaching to whoever is next to you to live their glory!

On “Space & Time”, the lead single for Victony’s newly released project, we heard him depict the heady freedom from getting over a relationship as he sent a breakup message to his past lovers, “Folake and Sade”. With his somber and heartfelt vocals and Young Taylor’s atmospheric production, “Space and Time” retained angsty R&B’s overarching dedication to love. However, Victony’s lyrics, “I don’t need love/ I need my space and time now”, swore he was done with romance.

“Space and Time” helped build our anticipation for Victony’s project, ‘Saturn’, offering only a piece of the whole story to spark our curiosity about why he’s at odds with love. Now the tape is out and from the opening song, “More”, we can get some context for his emo attitude. “More” finds Victony singing over an airy mix of synths, percussion, laidback drum riffs, and backing vocals produced by WRDZ. The mellow instruments create a serene backdrop as Victony makes the bold move of asking his lover for more commitment in their relationship.

He sounds confident and comfortably in his pocket as the atmospheric beat shifts to match his flow. Singing “Baby look into my eyes and see that all I need is more of your love”, he sounds really convincing. We’d never have imagined anyone turning down such a smoothly delivered request if we hadn’t heard him dismissing relationships on “Space & Time”, which appears later on on the project.

With hip-hop’s dominance as the most popular genre in the world, the trap sub-genre has also become more appealing. Several Nigerian artists have made the synth-heavy sound their bread and butter and King Perryy has also decided to experiment with the sound for his latest single, “YKTFV”.

It’s a fitting trajectory for King Perryy who always seemed to pay more attention to songwriting than his fellow Afropop contemporaries. On “YKTFV”, he explores the Afro-trap sound by singing over trap production while blending his storytelling pen with his dance-driven melodies for dance floors. The eerie trap instrumentals set a gritty backdrop for King Perryy and his featured artist, PsychoYP as they narrate their rise to celebrity status.

PsychoYP’s career, as one of the few trap artists pushing the genre to more mainstream audiences, makes him the perfect partner for King Perryy and they both show off their range on their “YKTFV”. While PsychoYP is able to appeal to the genre’s more violent sensibilities with gun referencing lyrics, King Perryy took the club route he’s familiar with his verse’s focus on dance floor romance.

Co-produced by himself and Honorr, OG Caesar’s 6th and final track off his recent release, ‘NeoVicious’, begins with wistful chimes and contemplative chords that signal at the DMC (deep meaningful conversation) upon which “Birkin” embarks. Once the high hat and snares break in for the song’s hip-hop infusion, OG Caesar leads the class telling his peers, “my nigga please get up we gotta get the bags”, the song’s title coming from the fact that “Mama wants a Birkin”, one of OG Caesar’s motivations for putting his head down and getting to work (he’s also got bills to pay).

OG Caesar’s aim with the project was to come clean with his emotions, narrating the pain that has brought him down, and paradoxically built him up; he sings on “Birkin”, “In my story there are no villains, heroes or distractions/ there’s only struggles survival and making magic happen”. Adopting a sung flow, Caes also uses his one and only verse on the two-minute track to correct those considering a life of crime as the easy way out, sympathetically spitting “I know you gotta eat, but there are better way/I know that crime pays but know you gotta pay it back”.

Next Article Songs of the day: New music from Tiwa Savage, Olayinka Ehi, King Perry and PyschoYP, and more