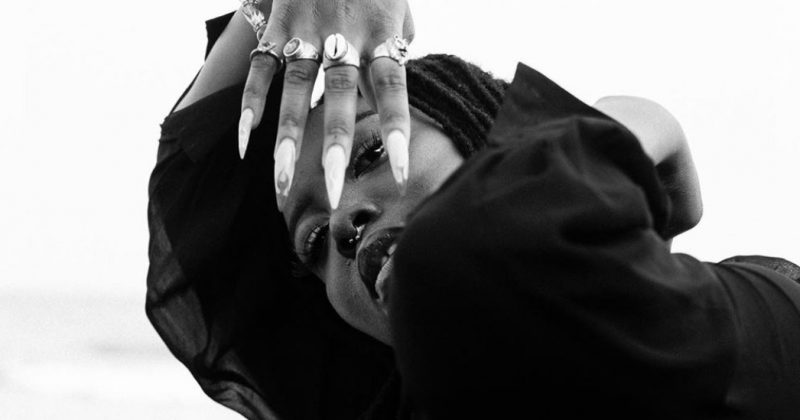 For the Girls: Get to know Ghanaian neo-soul goddess, Ria Boss

Ghanaian r&b/soul artist, Ria Boss made her NATIVE debut back in 2017 when she made an appearance on the TRYBE section of our very first print issue. Her eclectic sounds urge you to find emotional honesty in yourself, and her music catalogue spans different genres from rap under the alias Hajia Kitty to r&b/soul.

Ria Boss found her foot in music, after taking on piano lessons in her childhood, but her career didn’t  take off for a few years, owing to her shyness, until the singer/songwriter and producer started living in New York. Actively releasing music since 2017, Ria Boss probably has one of the most impressive music catalogues I have come across. Back in 2018, the soulful artist embarked on a grand endeavour to release an EP every week for several months for a project she coined #THANKGODFORRIA.

The result is 11 EPs released in 11 weeks, a feat she openly celebrates in her Instagram bio. Her debut EP, Find Your Free is an open love letter to African women to embrace themselves and their individualities as she expands on that message of finding happiness by finding yourself. In an interview with gal-dem, Ria admits that “[she] was tired of pretending. Tired of acting like things didn’t hurt, that I wasn’t fragile” and this raw emotion is what we see on “Love Yourself” one of the standout tracks on the EP, where she urges us to know our worth so that we can look beyond social media to find happiness.

Ria Boss’ superpower is her voice, a strong smoky deeply confessional tone which is no surprise when you get to know her idols: from Nina Simone to Erykah Badu. The subject matter of her second weekly EP release ‘WILDWOMAN’ is spirituality and divine feminity just like her neo-soul idols, on “Who Gon’ Do It?” Ria firmly asks ‘Baby, who gon’ do it better than you?’ encouraging women to wake up and realise their power.

Her latest project and the last EP from #THANKGODFORRIA is ‘BORNDAY’ a mini 4-track project packed with the same honesty we have now come to expect from the neo-soul goddess. On the EP’s last track “Time”, Ria Boss speaks directly to women, rallying them up to do ‘these niggas’ the same dirty way they have done us while elsewhere on “Eden” she sings of herself and other women as the ultimate life source referring to them as ‘nectar’ that bees need for sustenance.

We are definitely loving Ria Boss’ sound and her love and support for women. Check out her Soundcloud here.

For the Girls: Get familiar with the R&B/Trap leanings of South African artist, Elaine

Next Article Where Were You: Kalakuta Queens are the unsung heroes of Afrobeat