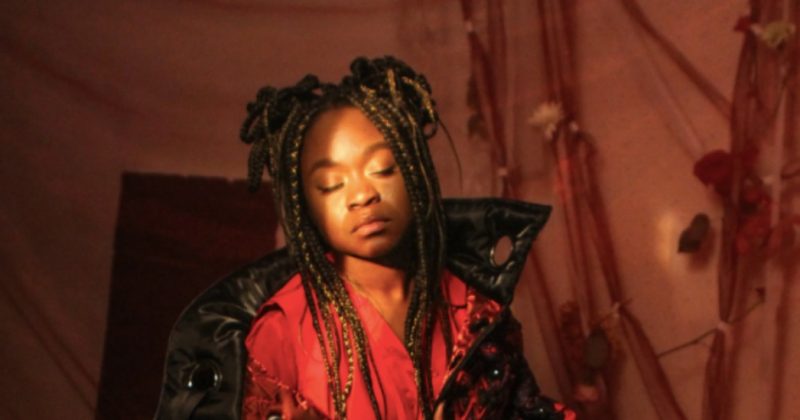 Sampa the Great is a Zambian-born, Botswana-raised, Australia-based poet & songwriter whose socially conscious music strives to uplift, empower, and inspire positive change. Her love for music really took shape when she relocated to America for a music degree in San Francisco, before making the decision to move to Sydney, Australia upon her graduation.

While in Australia, she discovered the underground hip-hop scene there. which was at the time dominated by white males, thanks to leading group, ‘Larrkin rap’. Motivated by the need to take the narrative back,, Sampa released her first mixtape ‘The Great Mixtape’ which was well-recieved within the hip-hop community out there. One of her first singles, “FEMALE” sees her showing off her now signature poetic flow while celebrating African woman in all their strength and glory.

In 2017, she signed to London imprint, Ninja Tunes, before releasing her second mixtape ‘Birds and BEE9’ which gained her even more acclaim in the Australian music scene. The project fused her love for poetry with her clever wordplay as an MC, with standouts like “Black Girl Magik” and “Rhymes to the East”.

She gained co-signs from many industry heavyweights such as Kendrick Lamar and even her childhood idol, Lauryn Hill. Sampa’s most recent release is her debut studio album ‘The Return’, which she released last year in an attempt to reconnect with her home country, as she weaves through themes of home, heritage, displacement and freedom. From the project’s opener “Mwana” which find her, her mum and sister performing in Bamba, a Bantu language spoken by her family to the titular track. On “The Return” which sees a couple of guests speak about what home means to them and where they come from, there’s a real strive to bridge the gap between her place in the Australian music scene and her African roots.

While most songs are notable, the most catchy song on the album is probably “Final Form”, a bass-thumping anthem offering soulful ’70s funk vibes and a message of black power and resilience. The song was recently featured on the soundtrack for Netflix’s first African original series ‘Queen Sono’.

Watch the video for “Final Form” below.

For the Girls: Tomi Owo will captivate you with her soulful voice