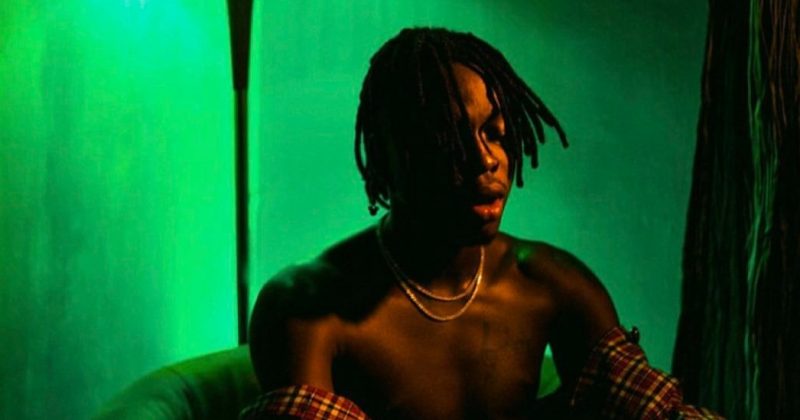 Fireboy DML’s sophomore project ‘APOLLO’  is well on the way, and with each release, his soundscape continues to expand. As we draw closer to the release date, we’ve become more convinced that the emerging superstar has another excellent body of work on the way.

Since his first release of the year, we’ve seen Fireboy DML lean further into his romantic inclinations, whetting our appetites for what’s to come as he transports us around the world, from being serenaded in the Big Apple with “New York City Girl” to finding love in an unlikely muse in Hong Kong with “Eli” and now to the sweltering melting pot that is Lagos in his latest single “Tattoo”.

my sophomore album, Apollo. out on the 20th of August.

“Tattoo” opens with mellow acoustic strings which set the song’s sexual tone, before dipping into subtle r&b proclivities as Fireboy DML makes his carnal desires clear. As he sings, his muse in the Clarence Peters-directed video is listening, and not just through her iPhone (we see she has been listening to ‘APOLLO’) but she actually hear him through the walls on a humid day in Lagos city.

With each suggestive line, he remains soft yet commanding, drawing and enticing his muse from her apartment into his sticky embrace. On the first verse, he serenades his muse over the Type A-produced beat with quirky pick-up lines singing‘ You be running through my mind, you be Usain Bolt’ with enthusiasm. Following this, the infectious hook helms the song’s raunchy message, making reference to the title saying: ‘Make I be like tattoo for your body/When you need that bamboo just call on me’. His unrushed pace makes it impossible to miss any of his X-rated thoughts, and the more he sings about what he can offer to the ladies, the more he attracts other unsuspecting women in the apartment complex. They are in heat and wander up the stairs, directed by the sound of Fireboy’s hypnotic voice as they watch the artist and his muse green with envy.

Watch the video for “Tattoo” below.