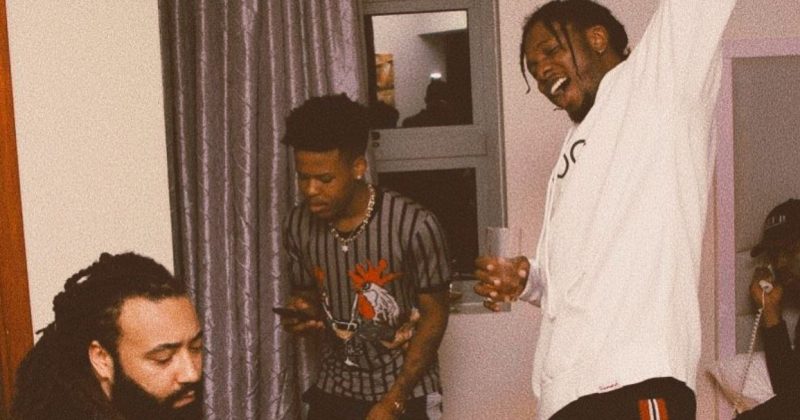 What to expect from Runtown’s coming project

Social media has created a suitable climate where artists can interact almost directly with their fans. And while there are a few drawbacks like Wizkid’s “Na Your Papa Fuck Up” clap back at someone who was disappointed that the singer couldn’t make the opening night at Coachella, there are lots of benefits for both artists and fans. Asides aiding online music distribution, it can also be a very useful tool for promoting music and leaving breadcrumb trails to get fans excited about new music before it even drops.

Runtown recently came under fire when his label accused him of breaching his contract for the second time, but the “Mad Over You” singer has managed to avoid being a public spectacle by maintaining a tunnel vision focus on the music. And given his brilliant run of successful hits, no one is complaining. With his latest singles, “Energy” and “Said”, his collaboration with Nasty C, doing so well, it’s the type of album rollout dreams are made of and he’s taking advantage of it. Runtown has spent the last couple of weeks hinting at a new project that has remained untitled, but we took the liberty to do some digging and came up with possible directions the project could take.

Sound wise, the Sound god’s career path has seen him try out different melody styles since his break out single,“Gallardo” off ‘Ghetto University’. The pacy Arabian harmonies heard on the dancehall number was shed for a mid-tempo guitar led highlife instrumental that gave us hits like “Mad Over You” and “For Life”. But his most recent single, “Energy” finds the singer making hip-hop references to Drake. It might be inconsequential given Afropop artists’ liking for shamelessly interpolating familiar pop culture references, but the singer’s recent bromance with Nasty C leaves us wondering if the South African rapper could bring more hip-hop influences that’ll be heard on this coming project.

Since their “Said” collaboration, Runtown and Nasty C have enjoyed a pleasant relationship, perhaps heightened by the song’s wide appeal. Both artists have been seen together repeatedly and naturally, you’ll expect them to eventually hit the studio in an attempt to recreate the brilliance of their electric duo. Already, there’s a snippet online of a possible single from Nasty C featuring Runtown called “No Permission”. But frankly, the partnership of both artists, blending hip-hop and Afropop as though they were meant to be together, deserves a joint project. We are all looking forward to at least one Nasty C feature when Runtown’s project is eventually released.

Even YCee who is known for his pop-tinged hip-hop fascination has reached out to Runtown, suggesting a beat in case the singer felt inclined to rap. They might end up collaborating on the track seeing as YCee has earned a reputation for blending Afropop and rap conveniently. It’s yet another hint that Runtown’s album has a high chance of featuring a lot of rapping.

Shey you wan rap, I get beats https://t.co/5aQLg3jzFB

And if the album does go the Hip-hop route, it could afford Runtown a chance to finally address his issues with the Eric Manny label. There’s no denying that Afropop’s easy-listening aesthetic might discourage discussing such a nagging problem, but hip-hop’s truth-speak and introspective outlook could inspire him to speak out on the issue or even tell off the label and perhaps launch his own label as this tweet below suggested.

I hope Eric Many is not up your neck again? Start your thing, abeg Dili should pack well. We are waiting

Either way, odds are, Runtown has some great songs in the work that we can look forward to.

Next Article Headies 2018 Nominations: So Headies season is back, but it still isn’t better