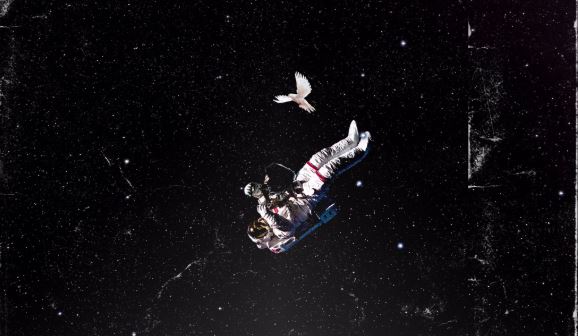 SoulBlackSheep broke into the music scene in 2018 with his debut album, ‘Ecstacy, Just Chill’. The soulful R&B tracks instantly captured the attention of music fans as he mixed English and Yoruba lyrics over minimalist lo-fi instrumentals. He got fans hooked on the rare new sound they couldn’t get anywhere else, before it became clear that he was one of those reclusive artists whose releases only come once in a blue moon. We’ve continued to anticipate his sophomore album since, but he has released a new ‘It’s Just Loneliness’ EP to ease the yearning and offer new insight into his devastatingly introverted life.

“You Are My Home” is the opening song on ‘It’s Just Loneliness’ and it’s addressed at a distant lover. His lyrics, “Sho ma pada wale oh(Would you return home)?”, over the sparse lo-fi production suggests a person in a small apartment with only a keyboard, a guitar and thoughts for company. He leans into the charming seduction of r&b to convince his love interest on the next track, “Honey For Your Cake”. While his lyrics are direct—“I love you cause I know you got cake/Pretty girl, give me some cake/You know this cute boy horny for your cake”—it speaks to his ability to wield his sensual passion with elegance.

The highlight for “Stuck in the Sky” is the woozy, chopped and screwed-down beat reminiscent of a Sango beat. His auto-tuned vocals, synths samples, 808 drum riffs and samples of video game sound effects create an otherworldly ambience that fits the astronaut in space direction of the cover art and his lyrics; “O to ojo meta(It has been a while)/ So I decided to write you a letter”. The melancholy from being alone slips out on “Stuck in a Cage” but his confidence returns on “Raised by the Internet”, where he brags about not giving a fuck what people think about the life he’s living and featured a rap verse from WeTalkSound member, VRSD.

“Monsoon” is an intimate and richly emotional love song that finds SoulBlackSheep confessing his sultry intentions for his lover. However, he returns to finding solace in sorrow on the closing track, “It’s Just Loneliness”. Chanting “Loneliness, it’s just loneliness” over the ethereal beat creates a quiet meditative space that’s perfect for the self-isolating days ahead of us while the world deals with the effects of the Coronavirus pandemic.

Next Article For the Girls: Kenya’s Xenia Manasseh is making relatable heartbreak bops