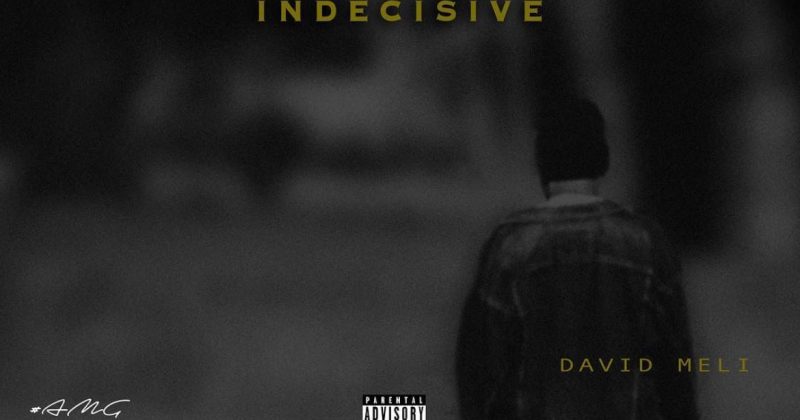 David Meli’s debut project, INDECISIVE is 6-track Afropop EP. His pre-released single, “The One” featuring Minz already showed his proficiency with pop music’s niceties; pseudo-romantic lyrics, a catchy beat and a guest verse from another sort after singer. But while his lyrics seemed watered down, his alluring vocals succinctly conveyed a sense of adolescent lust.

The INDECISIVE title of the EP seems reflective how being young can be messy. It’s a time to be passionate and set fire to things without significant consequence. All the 6 tracks on the tape express the triumvirate of being young; partying, summer and the innocent young love.

The opening track, “Wanna Know” produced by Marvin x S’Bling is a portrait of young romance. Over the mid-tempo beat with synths, vocal samples, horns and percussions, he professes a love based solely on canal desires with reckless abandon. Singing, “You Don’t Need No Stamp On It/ That’s Going To Take The Fun Right Of Everything” he admits his emotionless affections and gets away with it “Cause (He’s) Young And Got So Much To Explore”.

His pursuit of a perfect drama-free romance continues on the second track, “The One” featuring Minz. But on “Wayo” he gives some context to why he might be sceptical about putting his heart into relationships. Over another mid-tempo dance driven beat, he admits his vulnerability and intimacy worries; “I Know Sey The Men Plenty”. Even when it seems like he finds requited love, he still sings “So Make You Leave Me/ There’s Not A Thing With Me And You”.

Listen to David Meli’s INDECISIVE below.

ICYMI: Listen to David Meli’s “Sade” dedictated to his number one lover