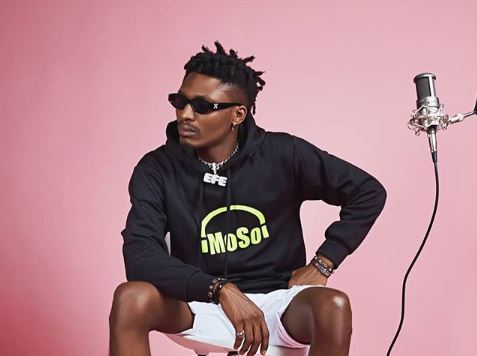 Efe’s new single, “Campaign”, is a marker of his ongoing renaissance

With or without winning the grand prize, a significant number of the contestants of the popular reality TV show, Big Brother Nigeria, try to leverage their newfound ubiquity into careers in the entertainment space. 2017 edition winner Efe made it clear that he would return to pursuing a career as a musician—he’d released an EP in 2016 before entering the BBNaija house. Shortly after, that decision started to garner negative reactions from fans and critics alike, following a string of sub-par singles and an unremarkable EP, ‘Am Sorry Am Winning [sic]’.

Regardless, Efe has stuck to his guns in the face of unfavourable criticisms, and it looks like it might just be paying off. Earlier this year, he put out his giggle-inducing “Scammer” single, with a guest feature by ‘Best New Music’ alum Tulenkey, and late last week, his appearance on online performance platform, Aktivated Sessions, made the rounds on social media for his vividly improved abilities. As a marker of an ongoing renaissance, his newly released single, “Campaign”, serves as the best song Efe has put out yet.

The xylophone riff and bouncy, mid-tempo drum pattern WXLA produces, elicits a vibrant tone for “Campaign”, while serial hook killer BOJ, opens with a rendition of the catchy hook referencing Efe’s unyielding ambitions. Following the already laid out, colourful ethos, Efe delivers his rapped lines with an assured cadence, but amidst the streetwise quotables, he quickly bends the song back to accommodate contemplative quips, that ultimately hinge on overcoming self-destructive behaviours induced by responses to his music. “Na so I come dey booze just to clear my bruise/but i thank God for my life o, there’s so much to live for than to die for”, he merrily raps. Nigerian rap veteran Ice Prince completes the line-up, contributing a similar-minded second verse, grounding his come-up story with anecdotes about initial doubters.