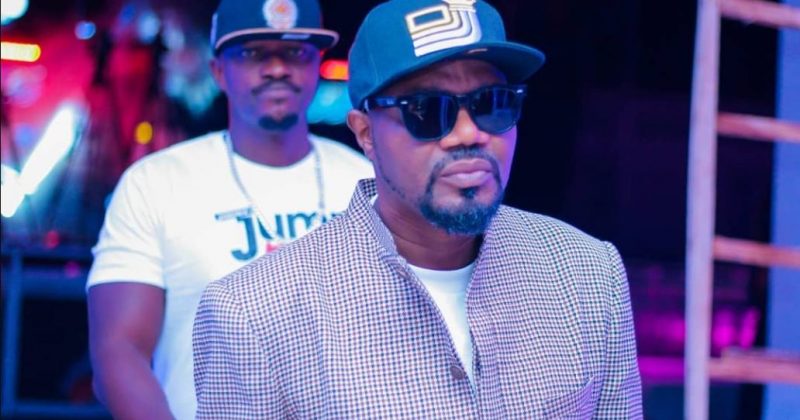 Looking back at DJ Jimmy Jatt’s influence on Nigerian music

Traditionally, DJing as an art-form existed for one purpose; mixing records at parties to make people dance. With the rise of hip-hop, however, this role required refinement and more than players of records or tastemakers, DJs also became creators of trends, who broke new and exciting music, standing at the pulse of an industry.

While there’s perhaps a considerable list of young Nigerian jockeys today who fit into these roles and are celebrated for their skills behind the needle, there’s older list of names who are recognised for their impact in the game. Outside of this, there’s a separate list which houses only one name, on who is eulogised as a trailblazer, turned a hobby into a paying career, and has influenced both the art-form and multiple generations. That name is DJ Jimmy Jatt.

With a career spanning close to three decades, Jimmy Jatt isn’t particularly a pioneer, in fact, this is a title he’s always eager to rebut. He’s however, something more; an institution—a huge figure in Nigeria’s pop-culture history at the vanguard of a movement, and an absolute living legend.

If you ask the average creative, chances are that many of them would have tried their hands at music at one point, particularly rap. For Jimmy Jatt, it was no different. His younger years were heavily influenced by the variety of sounds from the streets of Lagos Island and in a wider context, American hip-hop. He took to rapping under the stage name, Master J, and it didn’t take much longer for him to discover that there was a different calling to his dream of being an entertainer – the journey just required a slightly different path.

Coming of age in Nigeria, especially in the ‘80s and ‘90s, the famous question of your dream career was only limited to a few options: doctor, lawyer, banker or engineer—any profession outside of these were met with scrutiny and generally not taken seriously. At the time, being a DJ was regarded as a hobby or an activity for kids who lacked ambition, and while Jimmy acknowledges that DJing wasn’t a decision he knew would guarantee success, he was deliberate about doing it in order to prove the naysayers wrong.

For him, there’s a punch and power to being a DJ, which has always been appealing. He aspired to be the guy who determined which records got played at an event; the one who had a raised booth or corner all to themselves that very few could get to; the one with the secret key to whether a party popped off or not.

Jimmy not only shifted what it meant to be a DJ, he also shaped its perception by building the ‘cool’ identity, which has become the mainstay of his brand. With this small number of professional DJs at the time, Jimmy was already being regarded as the best DJ in Africa by 1989 and 1990 respectively, but it was later in that decade when the pop evolution began that the impact of his work got the attention it rightfully deserved.

Down the years, he established himself as the one-stop-shop for a wide variety of services. For the artist who could not pay a producer for beats, Jimmy Jatt’s studio was the go-to place for rough instrumentals. For upcoming talents on the streets, he kicked off the Road Block Street Carnival and took some participants along to the night clubs he played at, and for those with demo tapes seeking radio airplay, Jimmy Jatt was the plug with his radio shows; Fun Fragments on OGBC2 and later Friday Night Jams on Ray-power.

“I met DJ Jimmy Jatt for the first time around 2005 when I just came into Lagos to promote “Na Beans”, narrates veteran rapper, Terry Tha Rapman. “I went to his house in Surulere, played him my single and weeks later, he invited me to record on two tracks on his album.’’ The album Terry is referring to is ‘The Definition’, the first official LP curated by a DJ in contemporary Nigerian music.

Released in 2007, Jimmy leveraged his goodwill and extensive connections, pulling together the biggest name in the industry at the time for ‘The Definition’, a project Terry refers to as a “Hip-hop milestone”. The album was a resounding success, spawning hit records, including the evergreen Lagos anthem, “Stylee” and the all-female ensemble banger, “2 Much”.

In 2008, he began Jimmy’s Jump Off, a TV show providing a platform for rappers to showcase their skills. Jimmy’s Jump Off was programmed with several videos played in-between an interview session, but its main event became the last segment which featured a freestyle session. During its run, freestyling on the Jump Off was the avenue for rappers and even singers to bolster credibility and boost their CV.

Jimmy’s booth hosted a long and diverse list of notable rap acts, pulling in evergreen moments from the M.I, Modenine, Burna Boy, the late, great DaGrin, Wizkid, L.O.S, and much more. For Ghost, one half of the rap duo Show Dem Camp, who recalls meeting Jimmy Jatt when SDC made its Jump Off appearance in 2013, he describes the show as the “modern-day Sway in the Morning or Fire in the booth.’’ These days, the Jump Off has now been expanded into an annual concert.

I have witnessed Jimmy Jatt perform on many stages, but my first time having a conversation of any form with him was at the Castle Lite Unlocks concert in Lagos, which J. Cole headlined. Hours before the show started, the organizers tossed the press into a room for a brief exchange with artists performing on the night. Only a few artists showed up, with several of them looking like they would rather be somewhere else, but not Jimmy Jatt—that is one attribute that has defined his career all these years.

He walked into the room exchanging light-hearted banter with those he recognised and it was no surprise that his session was the longest and most insightful, as he entertained questions with the clarity of someone who had a deep understanding of his craft, a genuine love for the music and a profound appreciation for people gathered in the room. “I always realised the need to keep learning and improving myself,” he told me in a separate interview in 2018.

“The internet has made it easy now for DJs unlike when we started, so for me, to be more is to do more.” He once attempted to put together a band of his own, after discovering a band that performed at Eko Hotel, where he earned his first big fee of N1,000, got 20 times that amount. He stuck with DJing, though, building the type of legacy money can’t buy or adequately measure.

To etch a legacy is to create stories that would outlive you. What’s really admirable about Jimmy Jatt is that he has never been complacent about being great, and it extends into the extensive list of DJs and artists he has mentored or influenced. There is hardly any Nigerian DJ who didn’t pass through or get some form of help from Jimmy Jatt, be it in words, tutoring or exposure. Today, DJs like Neptune, Consequence, and Spinall have successfully followed this template, becoming dominant fixtures in Nigerian music and possessing a number of projects in their respective catalogues.

I once read that a strong measure of an artist’s greatness and legacy is how often they are cited by others as an influence—“He is always a positive force,” Ghost tells me. Jimmy Jatt certainly didn’t invent the art of DJing, nor was the first to place pieces of vinyl on a turn-table on the streets of Lagos, but the impact of how far he went to make a success out of it – not just for himself, but for anyone who dares to dream is monumental and far-reaching.

Longevity does not automatically equate to legendary, but it’s a major part of it. Prolific in the 90s, consistent in the 2000s and constantly re-inventing himself, Jimmy Jatt has shown that you can rewrite the history of your chosen path irrespective of how the society tries to outline the narratives. In his words, “If you do a great job, people will come find you,” and for close to 30 years, people have not stopped knocking on his doors.

Ehis Ohunyon is a veteran journalist, amongst other things. Direct your questions on Nigerian music and pop culture to him @ehiscombs