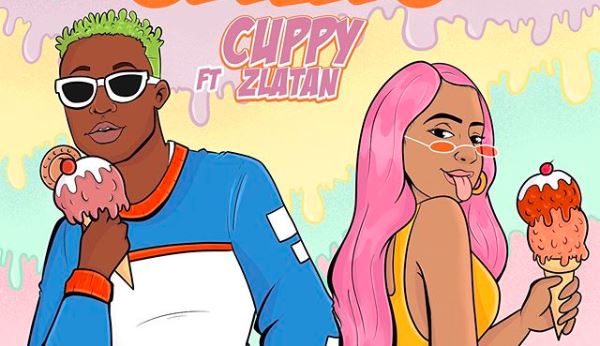 Despite the initial backlash that followed Cuppy’s Afropop curating career, she has shown resilience, keeping a steady stream of new music released for her fans or perhaps more likely, because she enjoys it. Her latest single, “Gelato” is the follow up to Ceeza Milli, Kwesi Arthur and Shaydee featuring “Abena”, released earlier this year. And it’s evidence of Cuppy’s ability to spot trends as she features one of the most demanded artists of 2019, Zlatan and titles the song after the viral video she shared of her cross-continental Ice-cream adventures with her dad.

In typical version, Cuppy contributes vocals for “Gelato”, opening the song in her tiny school-girl voice and responding to the call and response hook Zlatan performs with his signature street-inclined vocals. With the influence both artists command on social media and in the Nigerian music scene, you’d expect to have the song feature on DJ sets and radio rotation over the next few weeks.

You can stream Cuppy and Zlatan’s “Glatao” below.

Next Article Watch the music video for Picazo’s new single, “Pray For Me”