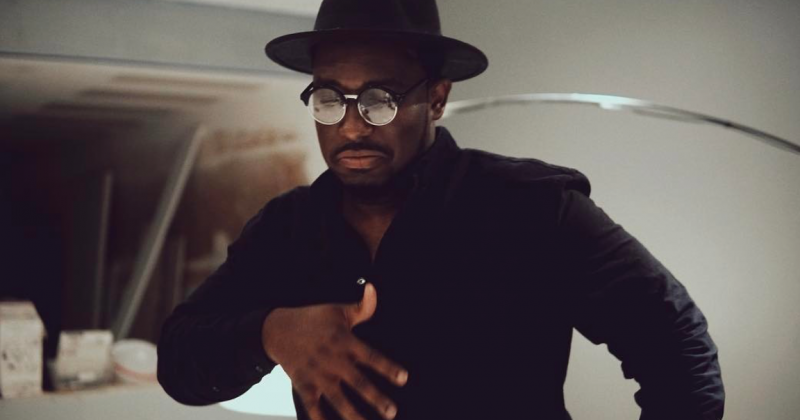 I released new music for you guys. I hope you like it. Click the link in my bio to listen to it 🙂 So Good Prod. By @juicebangers Art. By @crisblck Model: @theopeyemi

If you’re familiar with Dáramólá’s voice and style from “Lagos City Wave”, “Lotto”,  or any other song from his debut album Last Time I Tried, you probably already recognise his high-pitched falsetto and sub-romantic musings about (lost) love.

“So Good” is his second post-album release since the debut of his Last Time I Tried album. Although he mostly sings RnB and soul, when he chooses to stay out of this box, the main difference between the genre and Dáramólá is not always cut-and-dry because the soul of his voice still lingers near. This is why when he sings a faster paced Yoruba in the bridge of “So Good”, –“Baby girl they go blow your phone, your phone, O bo lo wo won, mo ti de mo ti lo mo ti la gun gan mo ti blow”– it sounds atypical to how the song began, but the sound peculiar to him remains there.

Also, this same bridge of the song bears such limpid notes as though Dáramólá intended not to overuse the goodness of such composition and alter its beaut state. But after all of this is stripped away, what you hear is still very Dáramólá. Sonically, “So Good” is undisturbed by it’s instrumentation. Lyrically, it is not complicated or abstract either, Dáramólá speaks of Love like he just found it and he’s willing to do anything to keep it.

Dáramólá now finds himself in a position other artists too have often found themselves. With much of his catalog filtered through Afro-folk themes and low to mid-tempo melody progressions, one may presume Dáramólá a one trick pony.  But as the chorus for “So Good”  croons in with composition similarities with “Lotto” and “Lagos City Wave”, Dáramólá’s voice is heard balanced on thinly veiled emotions, an elemental draw his music has always borne at its core.

Listen to Dáramólá’s “So Good” produced by Juice Banger below.


Fisayo is a journalist who thinks writing is hard and reading too. But her journey somewhere reveals, words are like pawns on chessboard when writing. She wants to see, create and share with the world, experience & communicate these experiences. Tweet at her @fisvyo