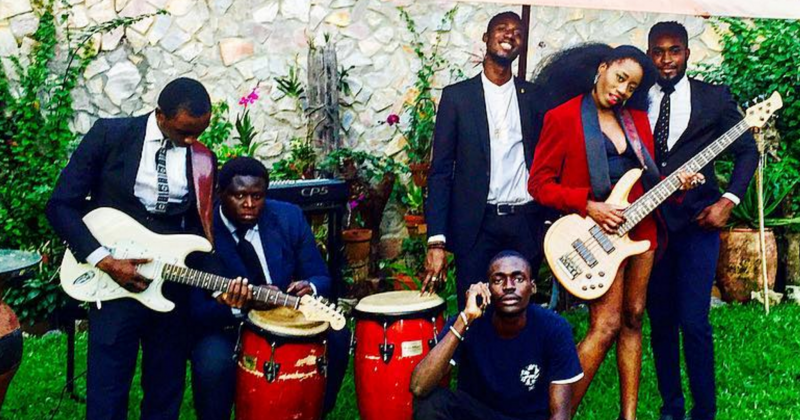 DAP The Contract is all smiles for “Another Day, Another Night” video featuring Peter Enriquez

DAP The Contract is more in love than his recently released Two Roads EP suggests. Because while his lyrics on “Another Day, Another Night” are too self-centered to make it a love song—“Whenever She Calls/I’m Always Hanging Up”—the video suggests the opposite. The DAP The Contract, Rekhalala and Baingor Joiner directed video is shot mostly in a POV angle reflecting the song’s introspective narrative but the uplifting self produced beat is given more preeminence than the song’s lyrics in the sunny and artsy romance themed video.

DAP The Contract decides to go with simplicity for the video for “Another Day, Another Night” with a cameo from soul singer Kaline and her band, a grand piano, and the most adorable on-screen romantic chemistry between DAP and his muse. The video is reflective of the song’s uptempo horn driven harmonies. The paradox however lies in how confidently he performs his role of love-drunk boyfriend in the first part of the video though his lyrics are undecided at best. He’s seen at a beach with a love interest before the walking into a beautiful sunset as the first part ends.

The second part of the song is more somber and as Peter Enriquez’s guitar riffs trips off as, DAP The Contract tries out his skills at grand piano before he’s seen walking side by side with his his love interest as the video’s credits roll.

You can stream DAP The Contract’s video for “Another Day, Another Night” below.

0000
Previous Article Olamide’s latest single, “Update” is a bit of a tricky one to get used to