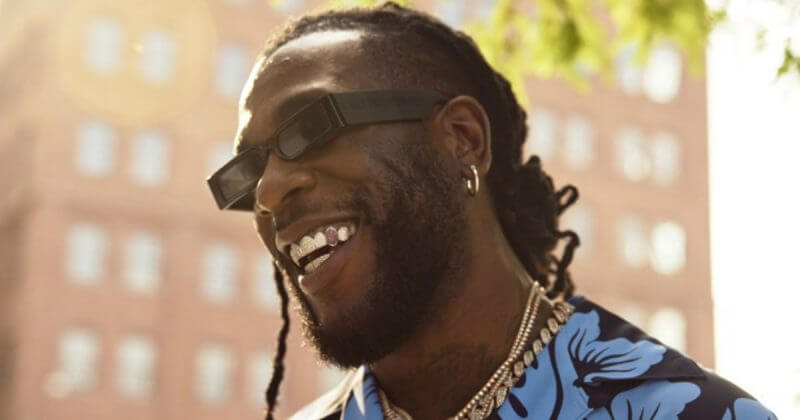 Since its informal announcement a few months back, Burna Boy’s fifth studio album, ‘Twice As Tall’, has been shaping up to be Afropop’s event of the summer. Last week, he detailed the album, sharing its release date, the project tracklist and revealing that Diddy co-executive produced the album alongside Burna himself and Mama Burna. As scheduled, ‘Twice As Tall’ is now out in its entirety, featuring fifteen tracks, including the previously released lead single, “Wonderful”.

The follow-up to last summer’s Grammy-nominated ‘African Giant’, the new album is Burna’s third full-length project for the third consecutive year, consolidating on his back-to-back MVP runs from the last two years. ‘Twice As Tall’ features guest appearances from Coldplay’s Chris Martin, Stormzy, Sauti Sol, Senegalese legend, Youssou N’Dour and the legendary Naughty by Nature, whom Burna Boy has cited as his childhood heroes. Production on the album is primarily handled by Telz, P2J, Leriq, Rexxie, Jae5 and Skread, with additional contributions from Timbaland, Andre Harris, Mike Dean and more.

Word on the Twitter streets last night when it dropped was that ‘Twice As Tall’ is an instant classic, and we’re obliged to agree. With intricate songwriting backed by an eclectic range of beats, Burna’s artistic growth is clear throughout each song, both sonically and lyrically. The music is quintessentially him, and you can hear his raw emotion from introspective songs like “Level Up” and “Way Too Big”, to more playful numbers like the Rexxie-produced “Bebo” and the Telz-produced “Onyeka (Baby)”.

In addition to the fire music, Burna Boy has also dropped “The Secret Flame”, a comic book to accompany the album. Narrated by his grandfather, Benson Idonije, who famously managed Afrobeat pioneer, Fela Kuti, the book follows Burna through a spiritual journey that involves Yoruba mythology, while also highlighting the marquee moments that have been integral in building of the singer’s myth up until this point. Limited physical copies of “The Secret Flame” are currently available for purchase on Burna’s website, and ‘Twice As Tall’ is available to stream and download across all digital platforms.

You can listen to ‘Twice As Tall’ here.

Next Article DJ Cuppy Links Up With Stonebwoy For Her Latest Single, ‘Karma’