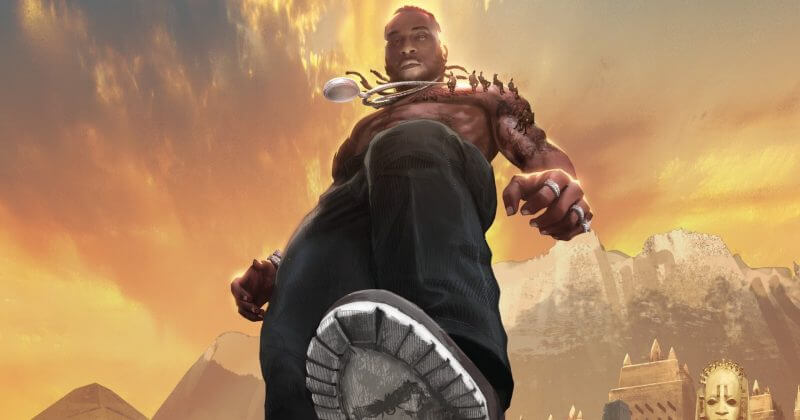 Back in January last year, Coachella unwittingly sparked a new era in Nigerian pop – The Burna Boy Epoch. Mad that his name was penned in that hardly visible font that suggests the act isn’t really much of a draw, Burna Boy took to his Instagram story on an infamous rant that birthed the ‘African Giant’. Giving Coachella and the critics a big middle finger, Burna Boy came with a slew of hard-hitting singles, which culminated in the universally acclaimed fourth studio album, and an enduring, expeditious rise to global fame.

Already a Goliath in the music-making game, post-‘African Giant’ Burna Boy has risen to heights and territories hardly chartered by his predecessors. Populated headline shows, live performances on American late night TV and most remarkably a ‘Best World Music Album’ nomination at the 2019 Gramophone Awards – joining only, Babatunde Olatunji, King Sunny Ade, and the Kuti brothers as Grammy-nominated Nigerian artists for their own original works – Burna Boy now firmly stands ‘Twice As Tall’ as himself, as possibly even his peers. It’s an album name and a testament to his growth over the past year.

When speaking about the conception of ‘African Giant’, Burna Boy mentioned that 2019’s most acclaimed record was not the album he had in the works to follow up ‘Outside’, rather explaining that the world needed to hear what he had to say, about his skills, his nation, the union of other African nations, and his knack for fusing music from a broad spectrum of global regions. ‘Twice As Tall’ may or may not be the album Burna Boy started making after ‘Outside’ way back in 2018 (he’s told NME that this latest body of work is “a continuation” from the last), but it is the album that will cement his position as the greatest giant of them all – or so ‘TAT‘ is intended.

Coming out once the clock strikes twelve, we have just a few hours before we hear the drilling of Burna’s Walk of Fame star into the global music scene, but from the album’s creative and enticing roll out alone, ‘Twice As Tall’ is sitting in a league of its own when it comes to Burna’s previous projects, and is rivalled only by big budget label signees.

Reminding us of the album’s midnight arrival (as if we could have forgotten) Burna Boy released a Fortnite-esque trailer, depicting himself as a literal giant in what looks to be an Egyptian expanse – suggested by the pyramids and a side profile of The Great Sphinx of Giza. With his loyal support system crawling up his arm, Burna Boy shows that he’s got the whole team on his back. The album artwork, which I’ve heard some speculate to be his best album cover yet, Burna captures the essence of the trailer, what we hope will be the album, and most importantly, where he’s at in his career. In his own world, Burna Boy’s stomping ground is the worldwide sonoscscape – wherever his gorilla soles lands is his territory. Burna Boy doesn’t simply want to leave his mark with this drop, he aims to leave a mile-long footprint that no other artist will ever stamp out –because he is ‘Twice As Tall’.

His other promotional tools are a fan-inclusive YouTube Live countdown (tune in via the details below), a long-expected merch drop, and finally an offbeat comic book titled ‘The Secret Flame‘, to accompany the album, much like the one ‘Twice As Tall‘ feature-artist Chris Martin contributed to in 2011, when his band, Coldplay released their own fifth studio album, ‘Mylo Xyloto’. Capitalising on his ever-doubling set of disciples, Burna is looking to other means – that aren’t tours, because those have become a no-go these days – to rake in the income from the forthcoming album. With all the attention ‘Twice As Tall’ is getting, both from within and without the camp, this album might really be Burna Boy’s best yet, and there couldn’t be a better time for this to come – for Burna Boy and for the world (which he now officially rules).

0000
Previous Article DJ Cuppy Links Up With Stonebwoy For Her Latest Single, ‘Karma’

Next Article Songs of the day: New music from Fireboy DML, Ego Ella May, burningforestboy and more