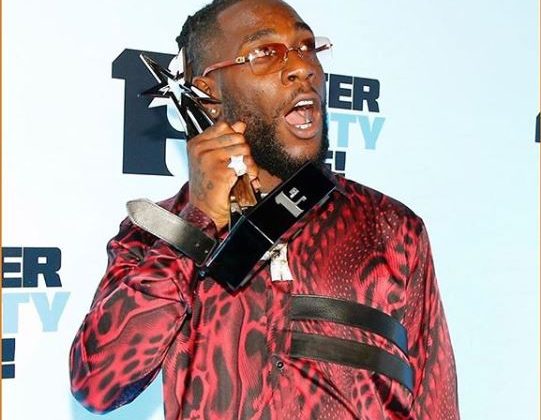 In April 2017, Apple Music launched its ‘Up Next’ program as a platform to spotlight talented artists, in order to open these artists up to a wider audience. Since debuting with R&B star 6lack, the program has spotlighted a wide array of artists every month, with an impressive line-up that includes Khalid, Rosalia, Tierra Whack, Bad Bunny and Billie Eilish. Succeeding Reggae sensation Koffee, Afrofusion superstar Burna Boy is the ‘Up Next’ featured act for July 2019, making him the second Afropop act on the program after Mr Eazi’s look in August 2017.

As the featured artist for this month, Burna will be at the centre of promotional efforts by the prominent streaming service, which includes a feature interview with Beats 1’s Julie Adenuga, a short documentary to be released on the 16th, a fixture on the Browse page of the app, placements on the Up Next Playlist and other highly influential playlists. With this major look, Burna continues to rack up the milestones in 2019—performing at this year’s Coachella and winning Best International Act at the BET Awards—consolidating his shout for back-to-back MVP runs after a marquee 2018, in which he released his classic ‘Outside’ album, and generally shot into a higher stratosphere of reverence.

The Up Next feature is all the more timely, since Burna will be releasing his highly anticipated studio album, ‘African Giant’, on July 26th. The singer revealed the release date across his social media pages on Monday, alongside the pre-order link for the project. ‘African Giant’ will feature nineteen tracks, including pre-released hit singles, “Gbona”, “On The Low”, “Dangote” and the more recent “Anybody”.

You can pre-save the album on Apple Music Below.