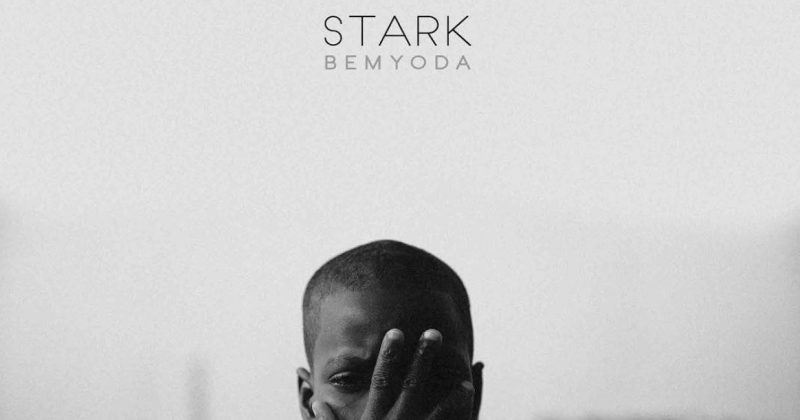 Almost 5 years have pasted since Bemyoda melted our hearts with vocals and guitar harmonies on his Sketch EP. His imageries were brought to life by decidedly acoustic guitar strums with a live performance feel and this instantly forced comparisons to Asa and Bez who have made a remarkable impression on the Neo-soul Nigerian soundscape. Bemyoda’s distinctly creative expressions on his ballads however help stand him apart even when he goes as far as sampling Asa on singles like “Forever” but his rookie days are finally behind him. He has released his debut album, Stark to prove he is more than just another flash in the pan.

His preference for folk melodies and jazz harmonies to address issues of conflict and hope once again takes us through what he described as an intense, spiritual and honest album. Stark has 10 tracks with production credits from Atta Otigba, Amos Kantiok, and Paul Scholten but no features. Though the tracks have rich and haunting baselines, it thrives on a combination of optimistic lyrics and Bemyoda’s distinctive vocals

It has been a long time coming but Stark gives Bemyoda an opportunity to confirm his reputation as one of Nigerians best Neo-soul acts and could go a long way in building a stronger fan base for both the singer as well as the genre.

Listen to Stark below.

ICYMI: Listen to the MockingBird’s “96” that makes a last impression beyond the infinite fact that it lit!

0000
Previous Article Of rhymes and melody: Breaking down the art of Tay Iwar’s poetry

Next Article Pia Mia VS Phyno: The curtain call draws near as receipts surface and Mr Eazi speaks