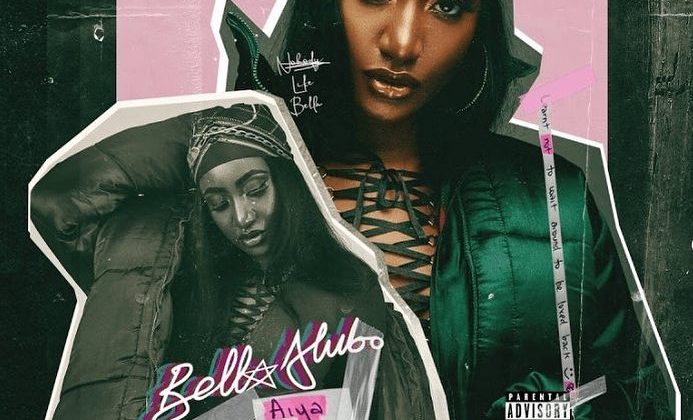 The bad-bitch persona Bella Alubo oozes on “Alhaji Money” her 2016 single felt like a mission statement. It was her love for Hip-hop that set her on the music career path so it’s not surprising that she still retains some of its brash swagger on her pop songs. Though Afropop songs have a leaning towards dance music, it’s not every day we come across female artists who can pull off cocksure brags as Bella does.

Following up last year’s singles, she released ‘Late Night Vibration’ a joint project with YCee at the start of 2018. ‘Re-Bella’ is Bella’s debut project and the cover art shows a merge between Bella and her younger self; depicting what seems to be the story of her dreams and the process of its actualization.

For certain dreams, self-awareness to recognize friends from foe is essential and Bella quickly draws the battle lines and calls out her haters on the first two tracks, “Ask Bolaji” and “Aiya”. She lays a self-assured claim to fame on “Ask Bolaji” featuring BOJ who’s just as self-adulating. But on “Aiya”, she’s more specific, offering more detailed reasons for her disregard for false niceties from lovers. “Aiya” is a tale as old as time, a lesson in knowing and demanding your worth. The gag is, the track is produced with preppy instrumentation that tones down the bleeding intensity of her message.

She explores the Southern African house genres collaborating with Sho Madjozi for a Gqom inspired single, “Honey“. Some of Bella Alubo’s innate mystique is incorporated on Remy Baggins produced “Animals“, where Bella sings “Try’na be Your Vice, Your Poison/Make you Drink the Sweetest Portion” to a lover. In the 24 minute span of the EP, Bella takes a litmus to different sounds. With her internal conflicts worn on her sleeves, there’s an obvious song for everyone on ‘Re Bella’, inspite of the short run-time.

The last two songs on the ‘Re Bella‘ are a tribute to beauty with Efya assisted “Chale Wote” celebrating the charm of the popular Ghanaian street art festival. On “Tropical Paradise“, she lets her hair down and basks in the lightweight ambience of the beach song. Most of the tracks on ‘Re Bella’ peak at the laid-back buzz of a late-night drive with friends, allowing Bella direct the groove cruise into a good night.

You can stream ‘Re Bella’ below.