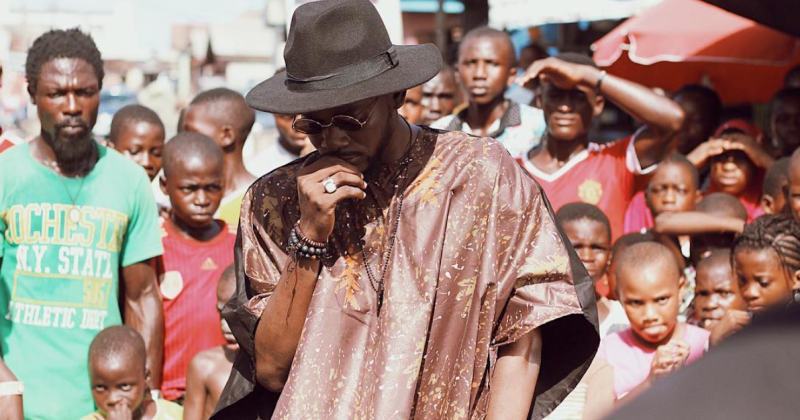 On the morning of Workers’ Day, Adekunle Gold released his music video for “Work” a hustle mantra off his debut album Gold.

The value of hard work my country people have to put in daily to survive cannot be dulled down. I respect your every profession no matter how little and I am thankful for you keeping our country running in spite of it all… I give you "WORK" as you rest on WORKERS DAY. 🙌 Link in bio song produced by @bbankssneh Video directed by @mrmoemusa Art by meeeee 👅 Please share. thank you.

Adekunle Gold’s deeply trenched traditional values surfaces as he sings about virtues of hard work and the importance of staying true to yourself. “Work hard, respect yourself and don’t live a fake life [because] hustle can’t kill anybody”, he says, presumably talking to every Nigerian who lives a public façade to mask the actual reality of their private life. Because, who are you trying to impress really If you can’t live true to yourself?

This subtly gives us all the dose of the Nigerian reality, where people are more concerned with how they are perceived as opposed to who they really are. The result is a society of people augmenting their public personas to fit into the social class they desire. That Lagos big boy may not really own that Jeep; the girl rocking that Gucci bag may have no transport fare to get home; or at the barest minimum, a lot people own flashy smart phones they can’t consistently afford to subscribe for.

On one hand, it’s easy to throw shade at this category of people but the world survives on the principle of cause and effect, even for so-called fake-lifers.

No offence to Adekunle Gold, but we can’t judge people who live pretend lives exclusively without admitting some of our own biases. First impressions are everything and at least one of us has had to show up at a job interview a little sharper than we look on a normal day because we know that’s what we would expect if the tables were turned. Or perhaps that time you had to be at an elitist event so you hopped a bus to the nearest bus stop before uber-ing a few blocks the rest of the way. It’s tough to admit, I know, but the human mind is wired to Judge without basis. Hence, to avoid passing off the wrong impression appearances must be kept up to the roof.

Life is interesting. To say that “hard work pays off” means that when you work really hard, you get to reap great benefits from your effort. But how do we measure hard work? In the music video for “Work” directed by Moe Musa, the B-rolls show people on the street who struggle under the heat of the sun for long hours, hawking food, butchering meat, fishing and sweating their asses off to earn an income. The glamour of working hard is ironically downplayed here when you realize that the amount of literal physical labour doesn’t necessarily translate the same effect to physical wealth. After all, there is no doubt that the brick layer sweating under the sun is a harder worker than the banker clicking buttons away in an air conditioned room, where they stand apart however, is in who gets the bigger pay cheque at the end of the day.

This is not to say that there is no virtue in hard work but philosophical discussions like this require not only context but also an open-minded awareness of our individual privileges. Hard work pays but opportunity is just as important even if you have to fake it till you get it.

Check out the video for Adekunle Gold’s “Work” below.

0200
Previous Article Essentials: Nonso Amadi And Odunsi’s ‘War’ Is The EP They Need At This Point In Their Career

Next Article You won’t believe what Dencia’s been up to!