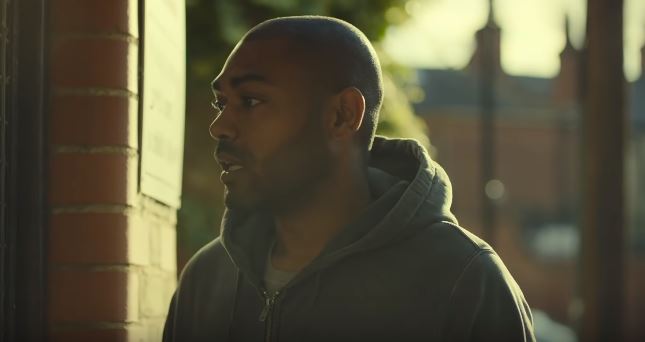 For the second time in two years, afropop royalty, Wizkid headlined a sold-out concert at the 20,000-capacity O2 Arena in London. Calling on a long list of guests, the singer brought out Burna Boy, Skepta, Maleek Berry, Fireboy DML and much more. From the highlights that circulated, it seems as though Naira Marley’s electric cameo has caused the most chatter on social media, as the rebellious singer came out to the infamous opening sequence of his smash hit, “Soapy”, hitting the most manic iteration of the soapy dance that we’ve seen yet. Although his vocals were incoherent for much of his set, he made up for it with engaging energy, clearly holding sway over a visibly excited crowd.

YBN Cordae gained popularity after his “Old N*ggas”, a response track to J. Cole’s “1985”, went viral for its unsparing jabs at the superstar Dreamville rapper. In a surprise move, J. Cole would supply production on Cordae’s impressive album, specifically on the Anderson .Paak-assisted “RNP”. In the recently released music video for the sleeper hit, Cordae and .Paak play off the jovial chemistry they share on wax, as it follows an alternate universe set in the ’80s, where they are supremely talented basketballers and street-savvy ladies’ men.

Earlier this year, UK drill duo Skengdo X AM were handed 9-month prison sentences, suspended for two years, after the performance of their song “Attempted 1.0” at a London concert was adjudged to have breached gang injunctions. However, the duo aren’t letting their issues with the law derail their momentum. They released their new mixtape, ‘Back Like We Never Left’, earlier this month and recently shared the music video for “Brixton Boy”. The song features vocals from Afropop upstart Oxlade, on the hook, while fellow UK rapper Sneakbo delivers a self-assured rapped verse. In the Kirx-directed video, all the artists vibrantly mime their sets, while wide angled shots of the city are spliced in to mirror the song’s inspiration.

‘The Men of TOP BOY and the Pressures of Masculinity’

Six years after the final episode of its second season, UK crime drama “Top Boy” returned back to our screens via Netflix. Since its reboot, the TV show has enjoyed widespread acclaim, captivating older audiences and bringing new ones along. Although it’s a linear continuation of sorts from previous season, the latest batch of episodes brought in new characters, adding a layer of complexity to the storytelling. Short videos analysing the nuances of the show have been rolling out, and the latest video features freelance journalist, Aniefiok Ekpeudom breaking down masculinity and the pressure it fosters in the show’s characters. It is a profound video that emphasises the multi-layered writing that elevates “Top Boy” beyond a run-of-the-mill show about inner city life.

Earlier this year, Nigerian-Canadian singer/rapper TOBi released his debut album, ‘STILL’, a stirring project filled with songs that found the artist journeying toward self-discovery. Last week, he followed up with “Beige”, his first single since dropping that album, and he visited the COLORS studio to perform the new song, on the same day as its release. Set against a beige background that contrasted his purple-coloured traditional outfit, TOBi alternates between singing and rapping, performing his emotive lyrics about a relationship in a tough spot.

Vin Diesel only does blockbusters. Since climbing into A-list territory with the “Fast & Furious” franchise, the actor has starred in high grossing film, and his latest film, “Bloodshot” looks like another potential success. The film is an adaptation of the best-selling Valiant Comics series created by Bob Layton, Don Perlin and Kevin VanHook, with Vin Diesel starring as the central character, Ray Garrison, a former soldier who is reanimated and given superpowers through nanites injected into his blood. “Bloodshot” will be in theatres on February 21, 2020, and its trailer hints at a thoroughly entertaining affair.

ICYMI: ALL THE NIGERIAN ACTORS IN THE LATEST SEASON OF “TOP BOY”

Next Article Watch Ckay in the glossy music video for “Way”